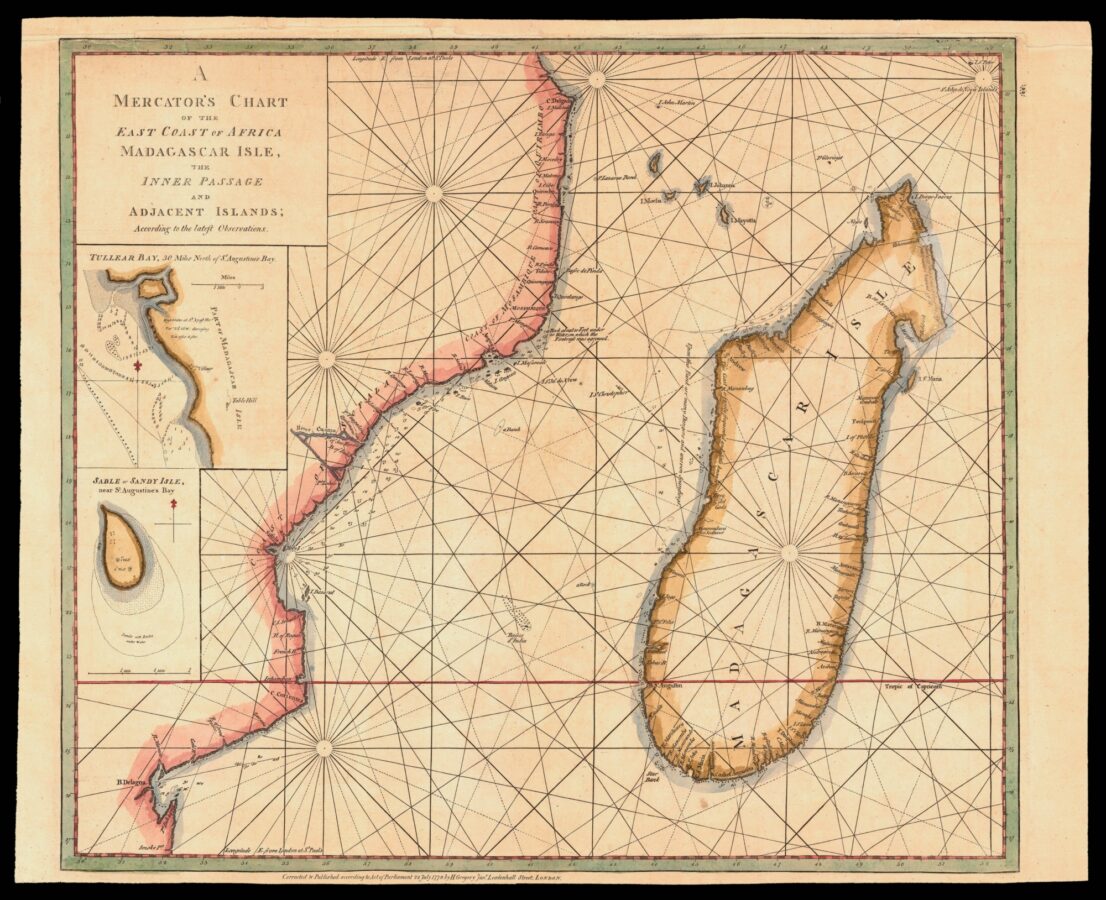 Rare chart of the East coast of Africa

A Mercator’s Chart of the East Coast of Africa Madagascar Isle, the Inner Passage and Adjacent Islands; According to the latest Observations.

This fine sea chart features all of Madagascar and the Mozambique Channel, and is and rare Henry Gregory edition of William Herbert’s ​‘A New & Correct Chart of the Inner Passage between Madagascar Isle and the Coast of Africa’ (1754). This edition, dated 1779, appeared only in the 1780 and 1787 Gregory editions of Herbert’s important sea atlas, ​‘A New Directory of the East Indies’, which were issued in very limited print runs. The present Gregory edition is virtually identical to the Herbert issue, save for the change in title, the replacement of the cartouche, and the addition of two cartographic insets. 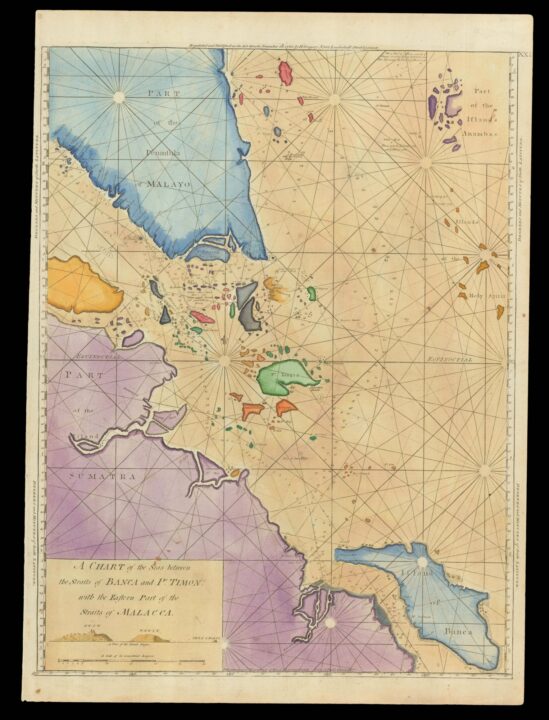 Unrecorded issue of this rare chart of the Singapore Strait