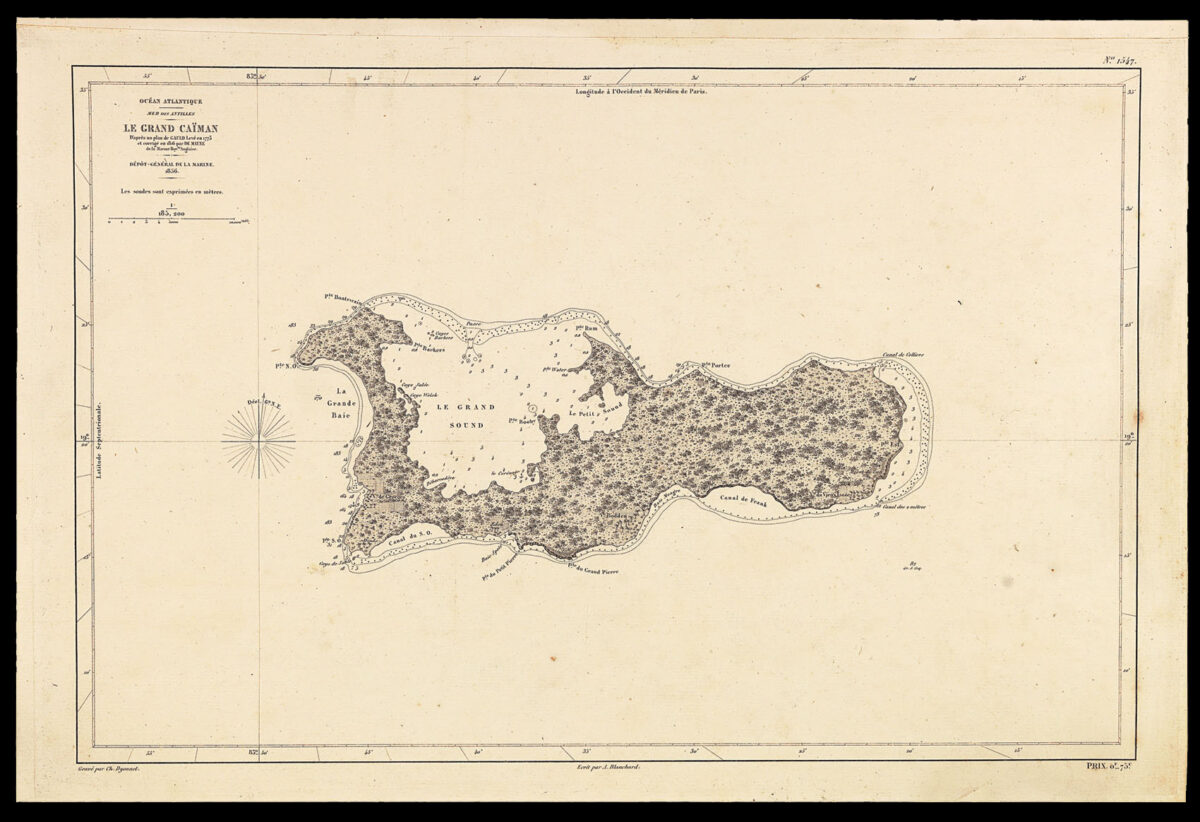 Rare chart of the Cayman Islands

Scarce. Separate maps of the Cayman Islands are uncommon. The present map, engraved by Charles Dyonnet for the Dépôt-Général de la Marine, is based on George Gauld’s 1773 survey of the Island, with corrections from De Mayne’s mapping of the region in 1816.

George Gauld was a Scottish military surveyor working for the British Admiralty. From 1764 to 1781 he charted the difficult waters off the Gulf Coast of West Florida. Some of his surveys were published by J.F.W. Des Barres in the Atlantic Neptune, but the continuation of his work was hampered during the Revolutionary War due to the activity of American privateers. Gauld was finally captured after the siege of Pensacola in 1781 and paroled to England. He died in 1782, but his own writing and chart was not printed until 1790 as An Account of the Surveys of Florida, &c, published by William Faden.