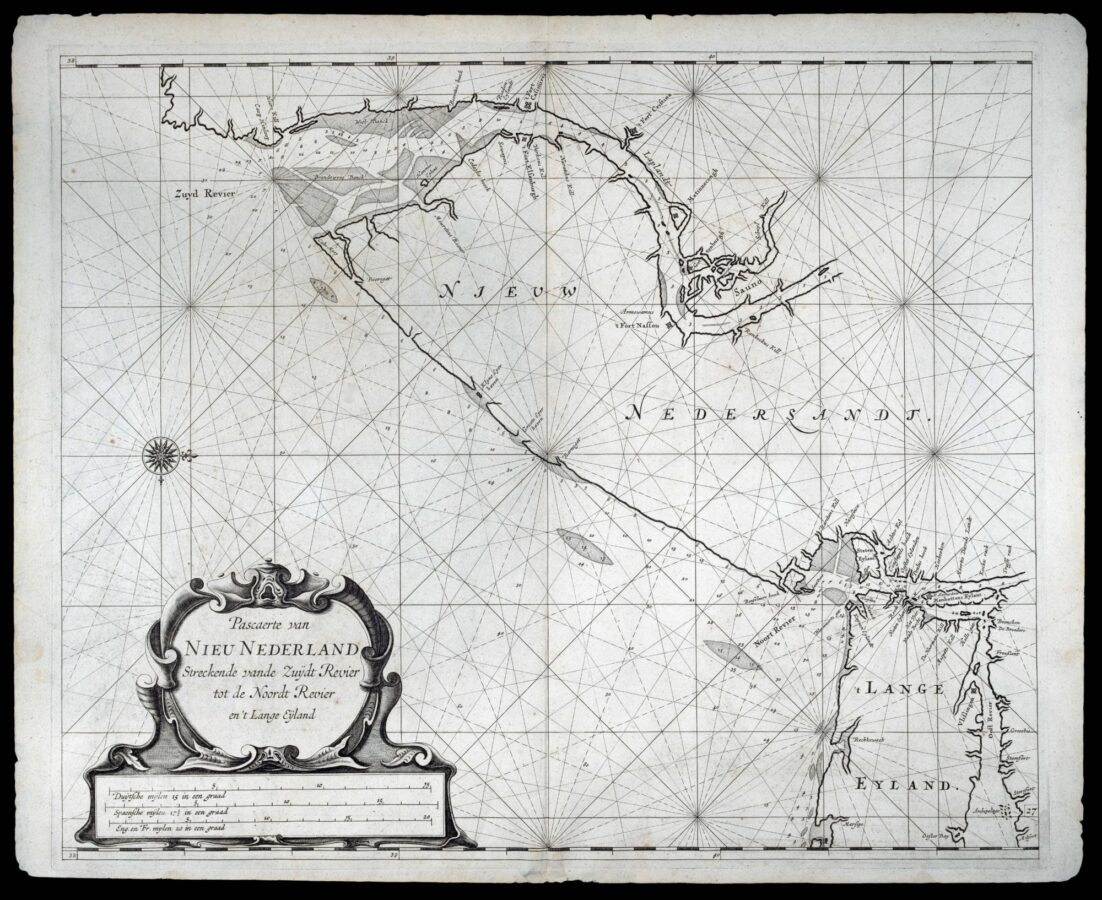 First state, of the first edition. A beautiful and detailed chart of the Manhattan, New Jersey and Long Island area, extending to Rhode Island and Martha’s Vineyard. The Hamptons is labelled ​‘Hanton’. Manhattan (spelled ​‘Manhattans’) sausage-shaped and shows the fort of New Amsterdam. Staten Island is mis-shapen and Harlem river is rather wide.

​“The chart derives from the very rare Pieter Goos chart of the same region published in 1666. The first notable difference is a reorientation so that the top of the map is now directly west instead of slightly west of north. The nomenclature is identical with the exception of the insertion of ​‘Colacke hoeck’ on the east bank of the ​‘Zuyd Revier’ (Delaware River). The depiction is extended further eastwards enabling more detail of Long Island Sound” (Burden).

The first edition of the atlas was published in 1675 by Pieter Goos, however, due to the death of Goos in the same year, and that of Roggeveen four years later, a second edition would not be published until 1680, by which time the plates had been acquired by the chart dealer Jacobus Robijn.