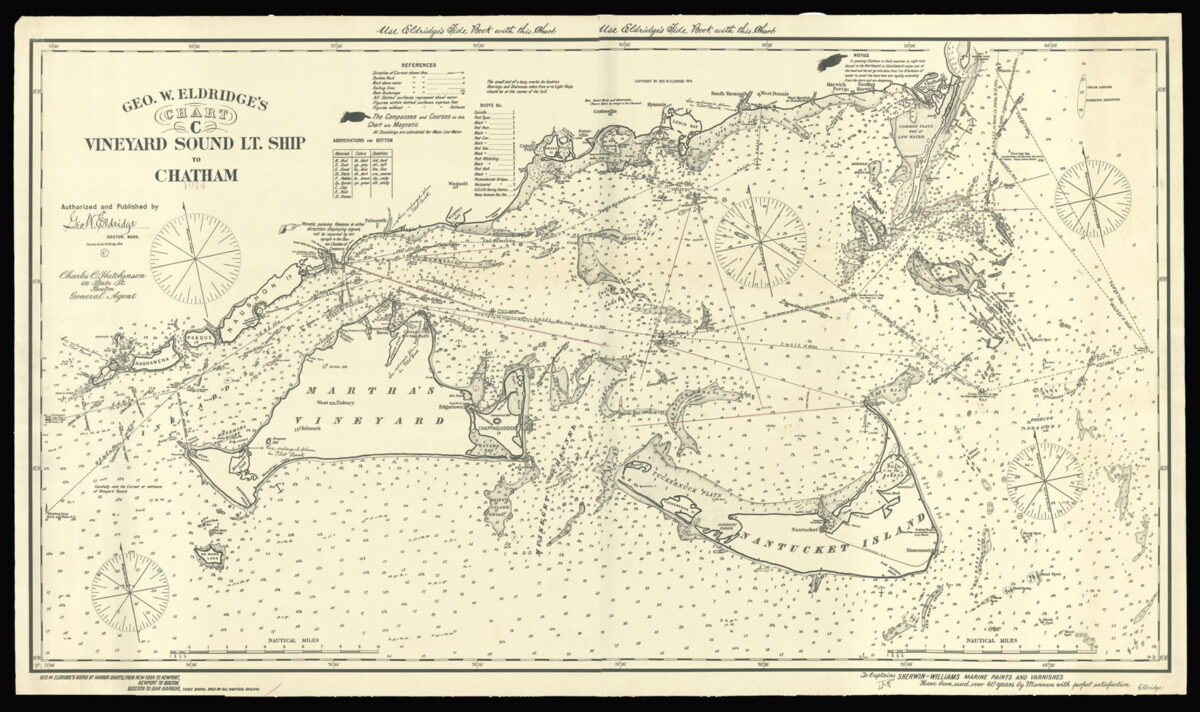 Elridge’s Chart C first appeared in or around 1902, replacing and updating his decades-old Chart of the Vineyard Sound and Nantucket Shoals. As with its predecessor, Chart C depicts in detail the waters around the Elizabeth Islands, Martha’s Vineyard, Nantucket and Monomoy. The size of the new chart has been somewhat reduced, presumably to render it more manageable on the cramped confines of a boat. Thousands of soundings are given, along with notations about shoals and other hazards, lighthouses and other aids to navigation, sailing directions, &c.

To the verso of the chart is pasted an advertisement and price list for Eldridge’s charts, pilot books, and chart books. The present chart could be had for $2.

George Eldridge (1821–1900) of Chatham, Massachusetts produced his first chart (of waters off Chatham) in 1851. His son, George W. (1845–1914) later took over the business, and the family firm continued issuing charts through 1932. Though under new ownership, the Eldridge Tide and Pilot Book is published to this day.

​“Although based upon the official Coast Surveys, the Eldridge charts were unsubsidised and more expensive. They survived because of good design, simplicity, omission of extraneous shore topography, legible sounding and notes, and the use of compass courses only.… Their loyal public, fishermen, coaster, tug masters, and yachtsmen, often continued to use obsolete Eldridge charts until the beginning of World War II.” (Guthorn, p. 12)