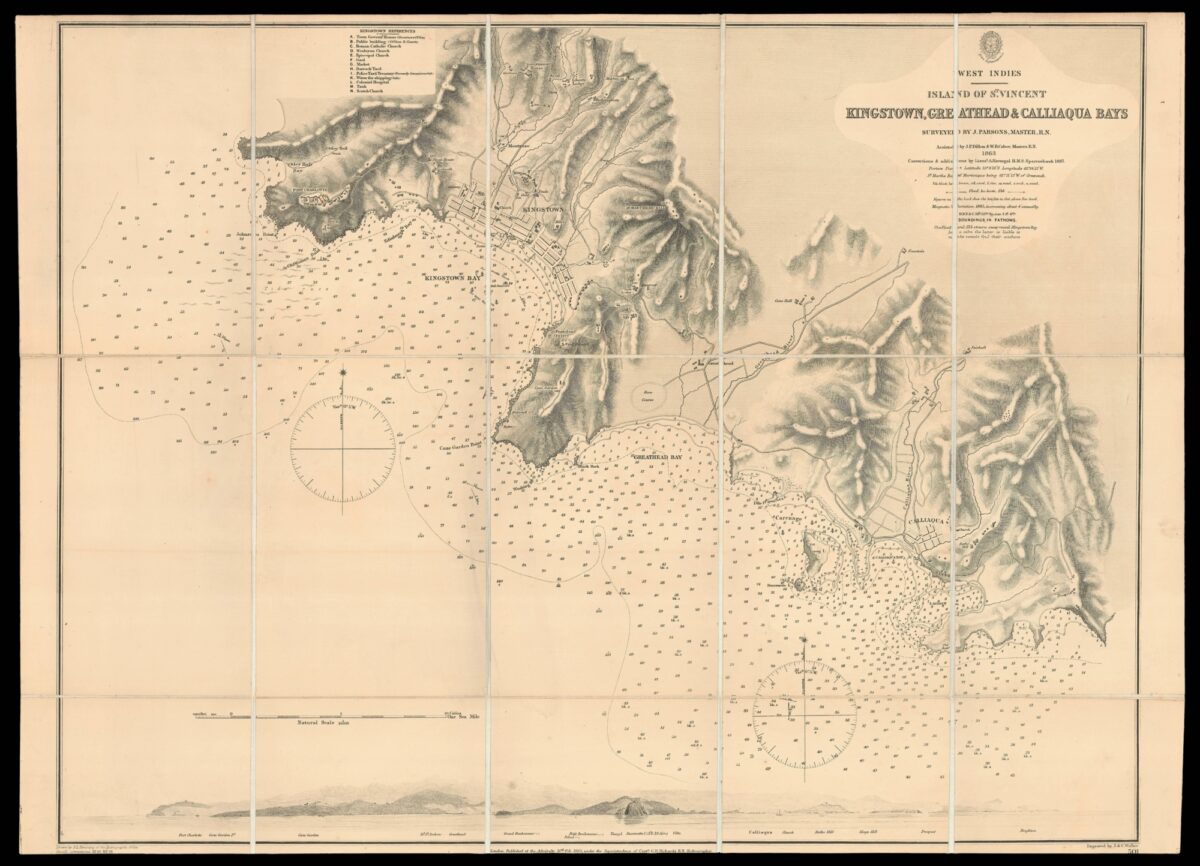 This chart shows the southern coast of the Caribbean island of St. Vincent, which was a British colony until 1979. From west to east it covers the coastline between Kingstown and Calliaqua. Fort Charlotte, a British colonial Fort built in 1763, is prominently situated on the cliffs west of Kingstown, and bears a red and yellow mark to most likely denote a light house. In Kingstown civil institutions like churches, a market and a colonial hospital are named as well as governmental and military places, the Government House and an observation point at the shore. Besides its civil aspects the map points out geographical aspects like mountains and main roads. The chart also includes soundings, anchorages, compass roses, and other signs of the sea. Below the chart is

The survey was executed in 1863 by John Parsons (Royal Navy) and the map engraved by John and Charles Walker. The two brothers, founding members of the Royal Geographic Society, were leading mapmakers and engravers working in London in the first half of the nineteenth century. They are known to have produced numerous charts for James Horsburgh and the Admiralty. Their company J & C Walker worked with the S.D.U.K. (Society for the Diffusion of Useful Knowledge) for whom they produced maps. They specialised particularly in maps of the British Empire and India. Furthermore they produced the maps for the Royal Atlas which ran to many editions.