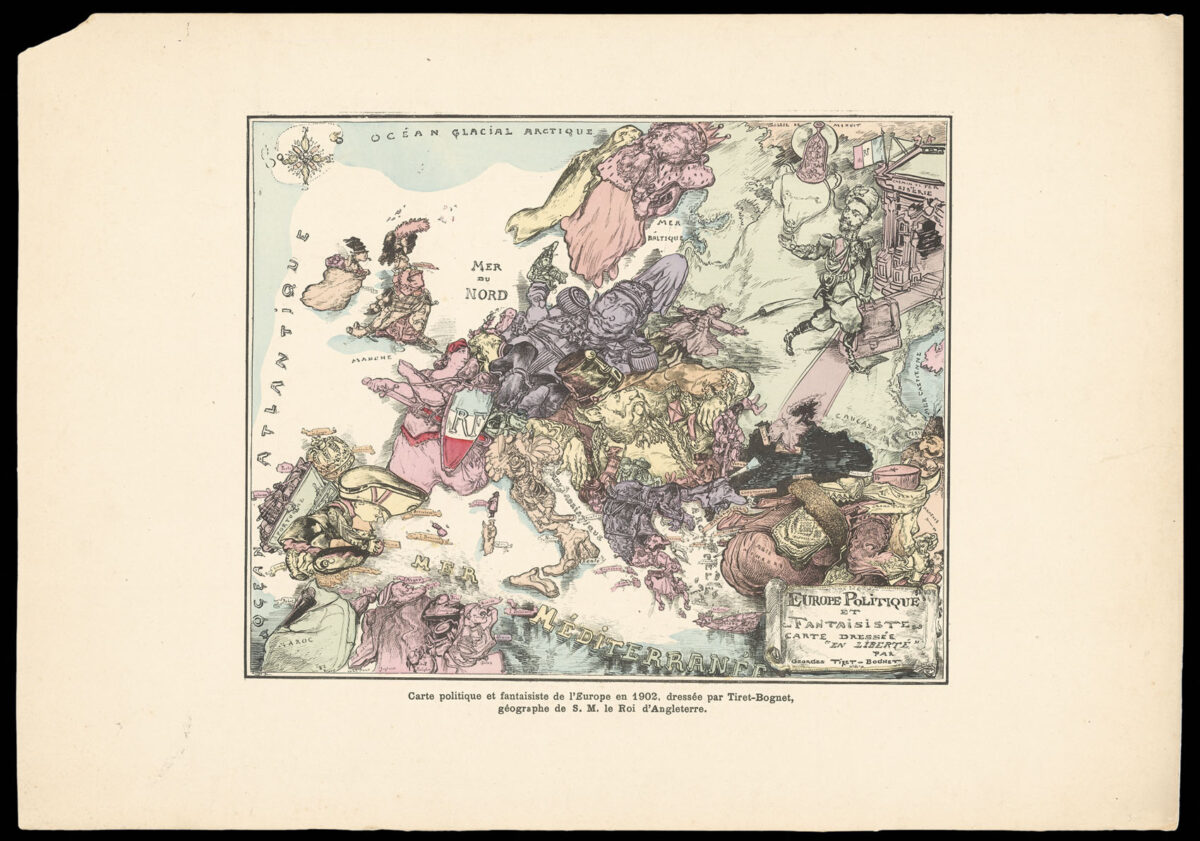 The principal countries of Europe are depicted as caricatures of the nation’s monarchs: Kaiser Wilhelm II appears uncomfortable with his knees pushed up to his chest; Franz Joseph seems preoccupied with the great Russian bear to his left, seemingly unaware of the armed men in the Balkans; Tsar Nicholas II taps the bear’s mouth before preparing to board the Trans Siberian Railway; to the west France as Marianne (the personification of Liberty) is ready to bear arms against the uncomfortable Kaiser; England in the shape of Edward VII looks on ready to intervene at a moments notice; Ireland pokes his head out of a large sack of potatoes; in the southern Europe the Spanish boy king Alfonso XIII is playing with a ball; whilst the preening soldier Italy is preparing to bear arms; the great Ottoman Empire has turned its back on Europe to deal with troubles on its eastern border. Some one who is blissfully unaware of the games of the great powers is Sweden’s king Oscar II who is depicted hugging docile Norwegian seal.