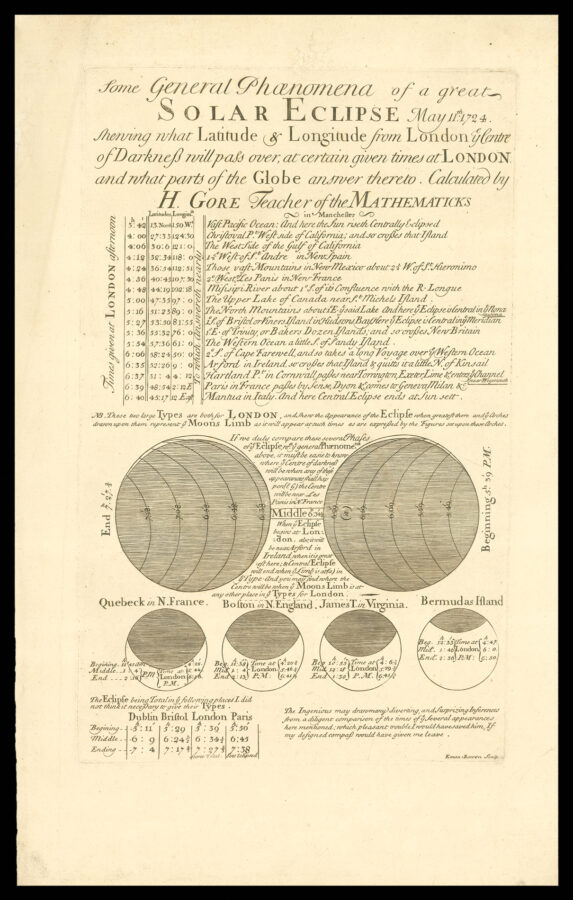 Some General Phænomena of a great Solar Eclipse May 11th: 1724. shewing what Latitude and Longitude from London ye Centre of Darkness will pass over, at certain given times at London. and what parts of the Globe answer thereto. Calculated by H. Gore Teacher of the Mathematicks in Manchester. Eman: Bowen Sculp.

The main body of the engraving is a table, with timings for London, of how the eclipse will appear as it crosses the Earth from the Pacific, over California, Mexico, Canada, the Atlantic, Ireland, Cornwall and France before ending with sun set over Mantua.

Two large diagrams show the appearance of the Eclipse at London at the beginning and end; four smaller diagrams show how it would appear at Quebec, Boston, Jamestown and Bermuda.