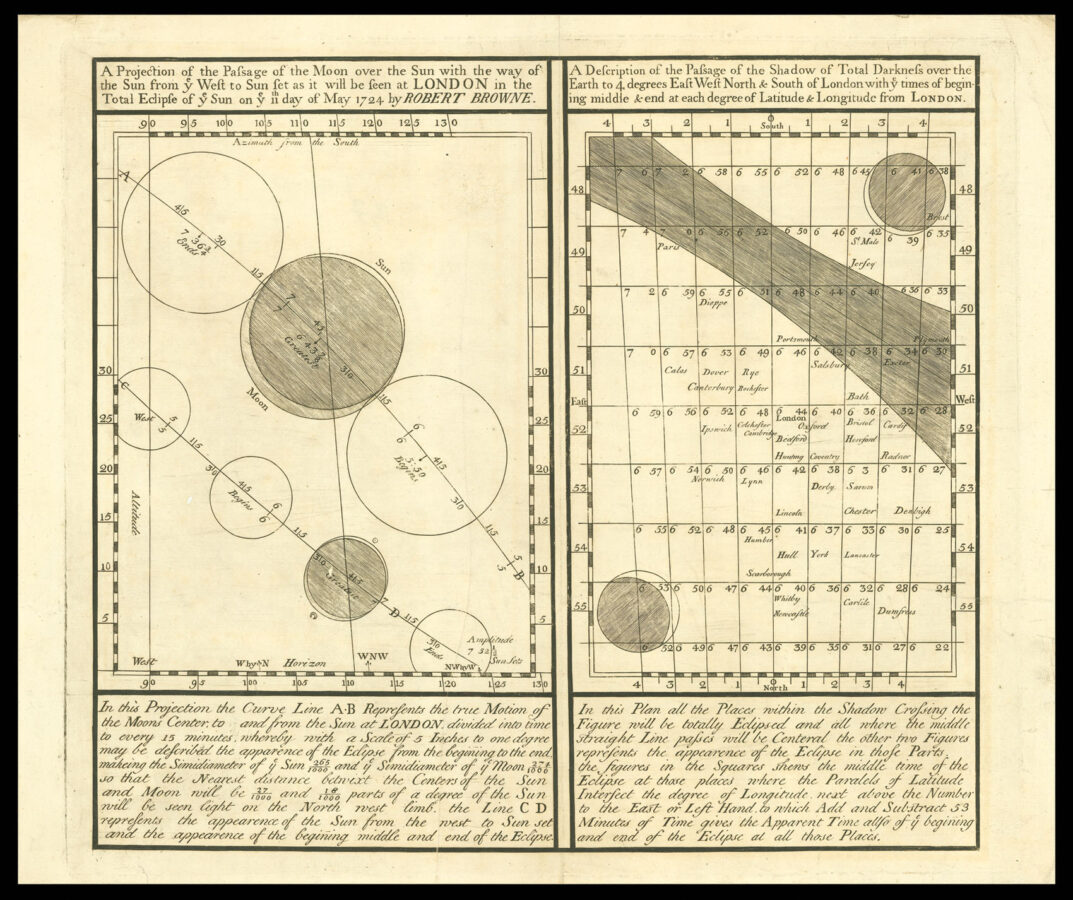 Rare broadside of the 1724 eclipse

A Projection of the Passage of the Moon over the Sun with the way of the Sun from ye West to Sun set as it will be seen at London in the Total Eclipse of ye Sun on ye 11.th day of May 1724 by Robert Browne. [&] A Description of the Passage of the Shadow of Total Darkness over the Earth to 4 Degrees East West North & South of London with ye times of beginning, middle & end at each degree of Latitude & Longitude from London.

Robert Browne (fl. 1705–1731) was an instrument-maker and astronomer working from the dock regions of London: first at St. Katherine’s Dock and then at the Mast Yard in Wapping. He was a pupil of John Flamsteed, who tutored him in astronomy and mathematics.

In connection with the eclipse of 1724, Browne produced this predictive two-part broadside; the left-hand part is a geometrical diagram to illustrate the appearance of the eclipse as it would be seen from London from beginning to end. The right-hand section is a curious geographical map, orientated with south at the top and with no boundaries or coastlines, to show the passage of the eclipse over northern France and south-western England. It is a slightly confusing depiction, especially when compared with the Halley and Whiston maps presenting the same information.

Armitage notes:
​“However, an important innovation appears on this chart in the form of small circular diagrams, about one inch in diameter, used to indicate the appearance of the sun at certain cities in the areas of penumbra. This is the earliest example the author has seen of this device and the earliest attempt at measuring the penumbra … it was to become a frequently used technique in future eclipse maps.” (p. 14–15).