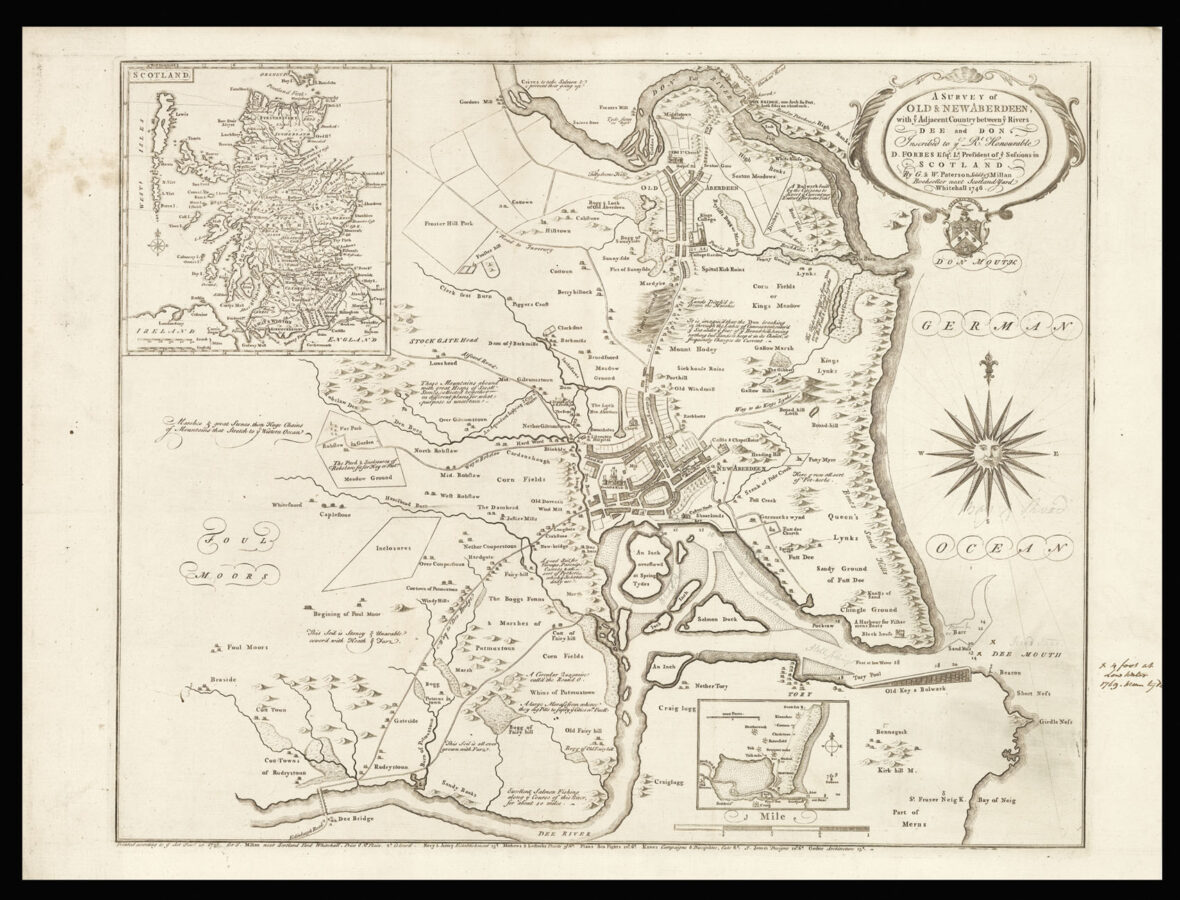 Rare broadside map of Aberdeen and the environs

The map is inscribed to the Right Honourable Duncan Forbes, Lord Culloden (1685–1747), President of the Court of Session and staunch opponent of the Jacobites. According to his first biographer, he and his elder brother John were ​“the greatest boozers in the north”, and on the occasion of his mother’s funeral, ​“drank so hard that when they went to the burial-place they left the body behind.” In his more sober moments, Forbes authored numerous theological texts and attempted in vain to defuse tensions between the English and Scots, which led to the Jacobite Uprising in 1745.

The present plan has numerous annotations pertaining to the local geology, hydrography and farming conditions, including where best to grow pot-herbs and fish for salmon. Other areas of interest depicted include: Gallows Hill’s gibbet, which remained until 1776; Silverton Hospital, which was established by wealthy merchant Robert Gordon in 1732 and later became the college bearing his name; and Fut Dee Port (now Futtie Port), which marked the boundary between the burgh of Aberdeen and the fishing community of Fittie, and was demolished in the late 18th century.