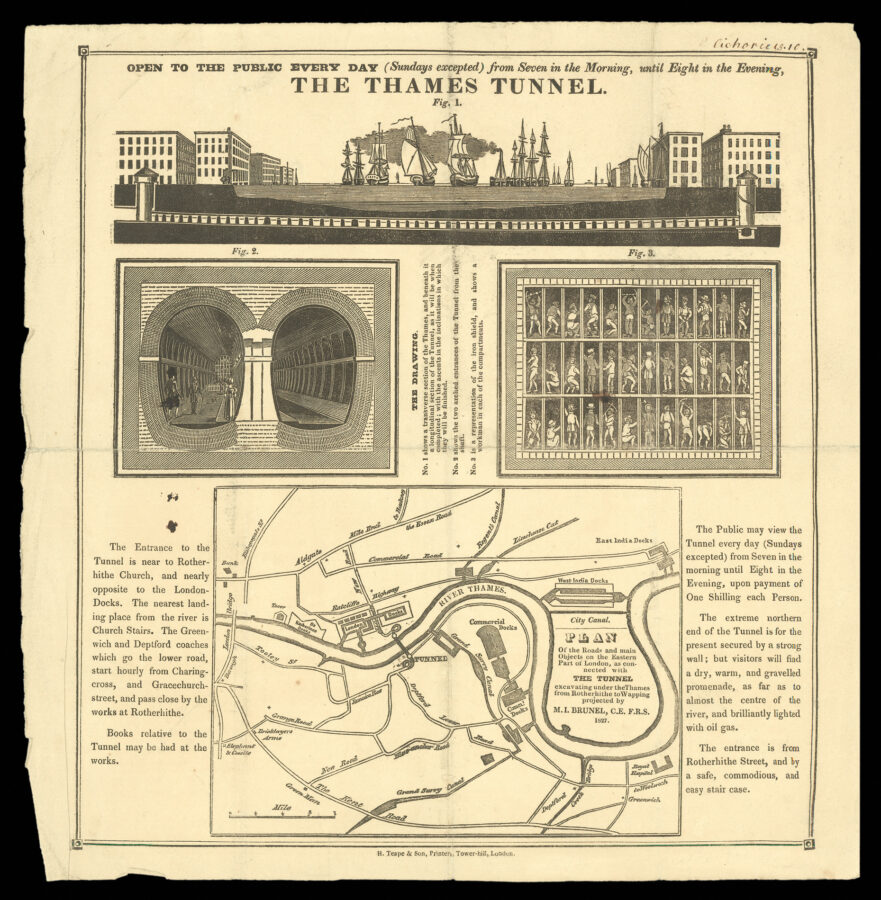 Open to the Public Every Day (Sundays excepted) from Seven in the Morning, until Eight in the Evening, The Thames Tunnel.

The Thames Tunnel was the brain child of Marc Brunel and Thomas Cochrane. In January of 1818, Brunel and Thomas Cochrane patented the tunnelling shield (illustrated in Fig.3), a revolutionary advance in tunnelling technology. In 1823, Brunel produced a plan for a tunnel between Rotherhithe and Wapping, which would be dug using his new shield. Financing was soon found from private investors including the Duke of Wellington and a Thames Tunnel Company was formed in 1824, with the project beginning in February 1825.

As the construction work was so slow — at some 3–4 meters a week — it was decided, in 1827, to allow public tours of the tunnel. The general public were charged 1 shilling per person; viewing times were from Monday to Saturday seven in the morning till eight in the evening. The scheme proved to be popular and an estimated 600–800 visitors per day came to marvel at its construction.