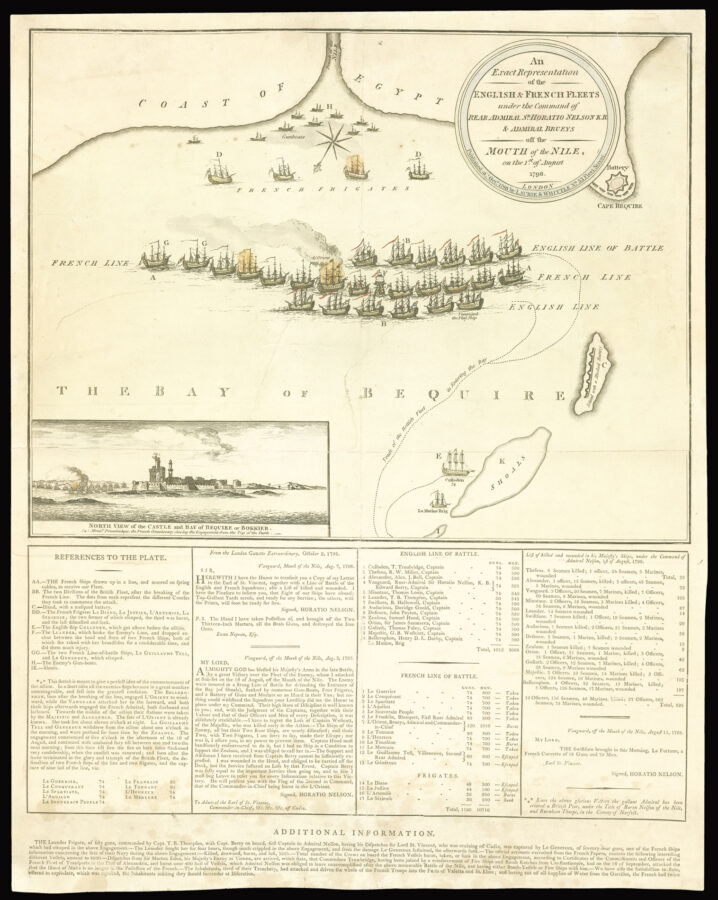 Rare Broadsheet Plan of the Battle of the Nile

An Exact Representation of the English & French Fleets, under the Command of Rear Admiral S.r. Horatio Nelson K.B. & Admiral Brueys off the Mouth of the Nile on the 1.st of August 1798.

Fine and rare plan of the Battle of the Nile.

The present plan was published a mere two and a half months after the battle — a very short time considering Nelson’s official dispatches were only printed in the ​“London Gazette” on the 2nd October. The plan shows the height of the battle, with the British ships attacking the French on the leeward and the windward sides. Three French vessels are shown ablaze, most notably their Flag Ship l’Orient. To the lower left is an inset view of the castle and bay of Bequire or Bokkier (Abu Qir), in which the French commissary Poussielgue is shown viewing the action from atop the castle’s keep. Below the plan are a key; extracts from the London Gazette; a list of the English and French lines of battle; and a list of the English killed and wounded. The text below this gives further information on the number of French casualties in the battle together with the news that the Maltese had begun a revolt against French rule.