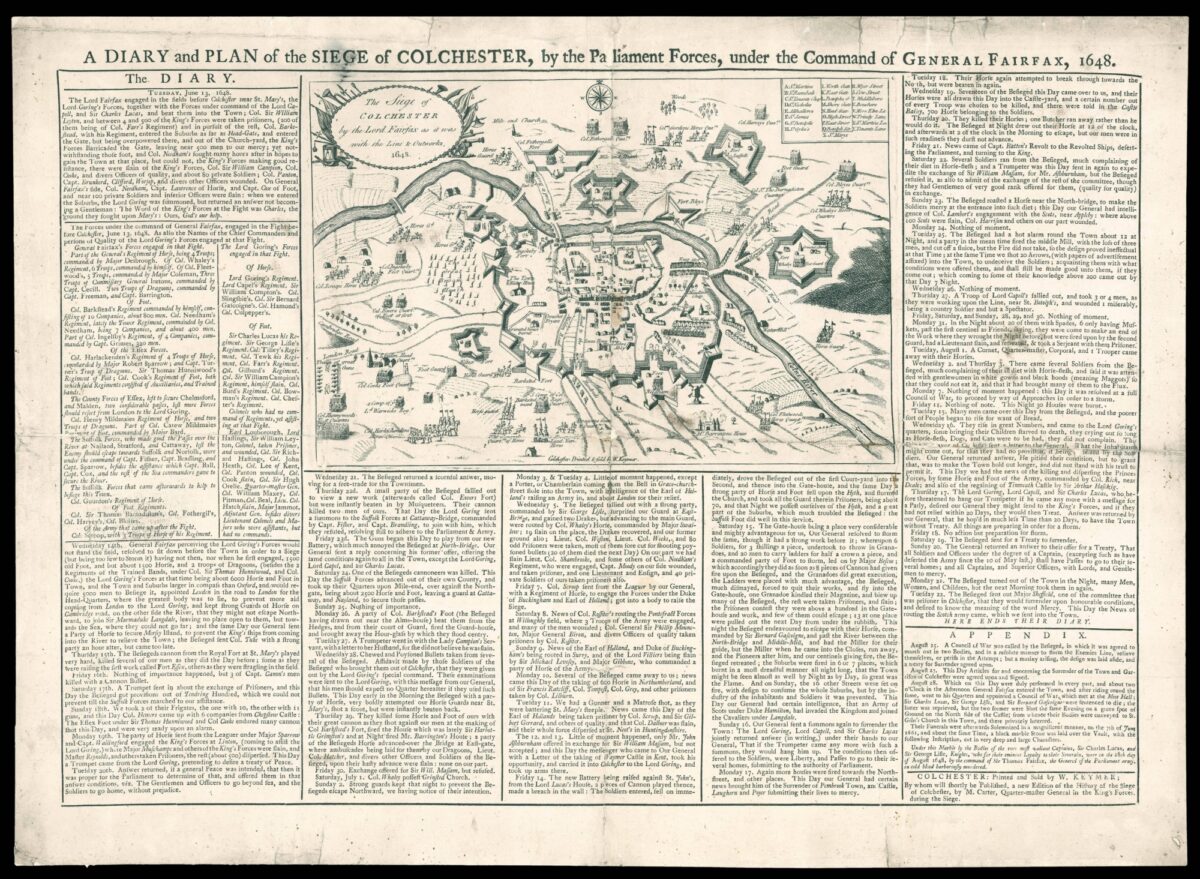 Rare broadsheet of the Siege of Colchester

[Essex] A Diary and Plan of the Siege of Colchester by the Parliament Forces, under the Command of General Fairfax, 1648.

A broadsheet with an account of the siege of Colchester during the Second English Civil War, which lasted from 12th June to 27th August 1648, from a Parliamentary persepctive. Royalist armies under Lord Capel, Lord Norwich and Lord Loughborough had been driven out of Kent, through Essex, and into Colchester, where they were besieged by General Fairfax’s Parliamentarian forces. So many buildings were destroyed that at one point in the siege the Cavaliers took refuge behind the ruined walls of St Botolph’s Priory. The people of Colchester, who had in general supported the Parliamentarian cause, demanded that the Roundhead solders allow supplies through or allow them to leave the town, but Fairfax refused. The army ate their horses (a local butcher gained fame after refusing to kill the animals) and commandeered the rapidly dwindling supplies; the inhabitants were reduced to eating their pets, soap and candles to stay alive. Resentment against the Cavaliers grew as they fired the houses of local residents to prevent their use by the other side; the building labelled ​‘Mr Barrington’s house’ met this fate. Eventually, after the success of the Roundheads at the Battle of Preston, the Royalist armies in Colchester surrendered, and their leaders were executed.

The map, copied from another engraved map of the siege (BM 1981-U- 3024) shows the siege works built by General Farifax and the position of the Parliamentary troops around the town.

The diary was originally issued by Witham around 1650, and was re-engraved and issued by a Colchester bookseller and printer called William Keymer.