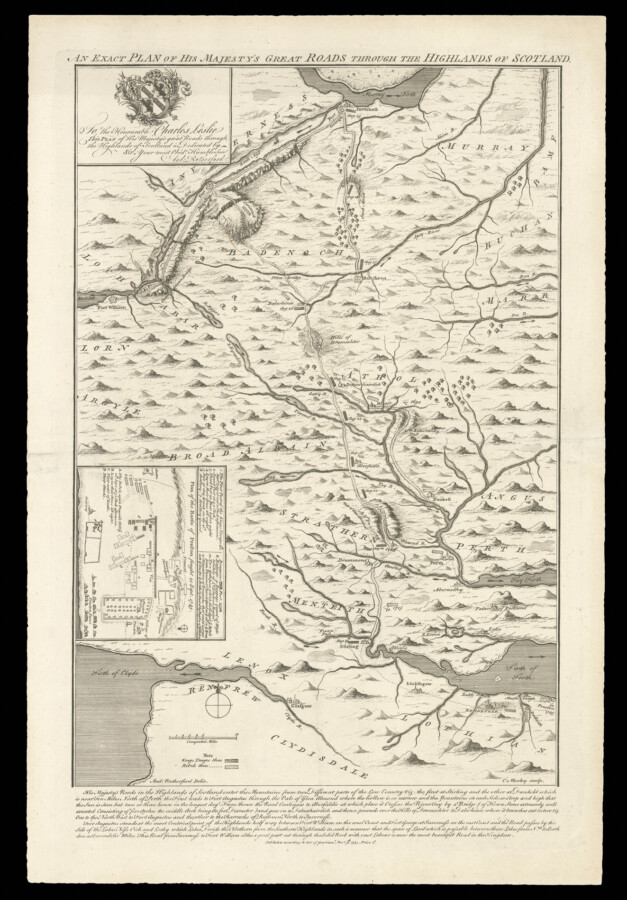 Rare broadsheet map of the southern Highlands, centred on the region between Inverness in the north and Edinburgh in the south, illustrating the marches and counter-marches of the Hanoverian and Jacobite armies leading up to the battle of Prestonpans when the Highland army won a crushing victory over the King’s forces. The base map was drawn by Rutherford from the journal of a gentleman who worked on General Wade’s military road-building between 1726 and 1737.

We have only been able to trace two other examples of this map: the (damaged) example in the National Library of Scotland, and another, with modern colour, in a private collection in Kent.