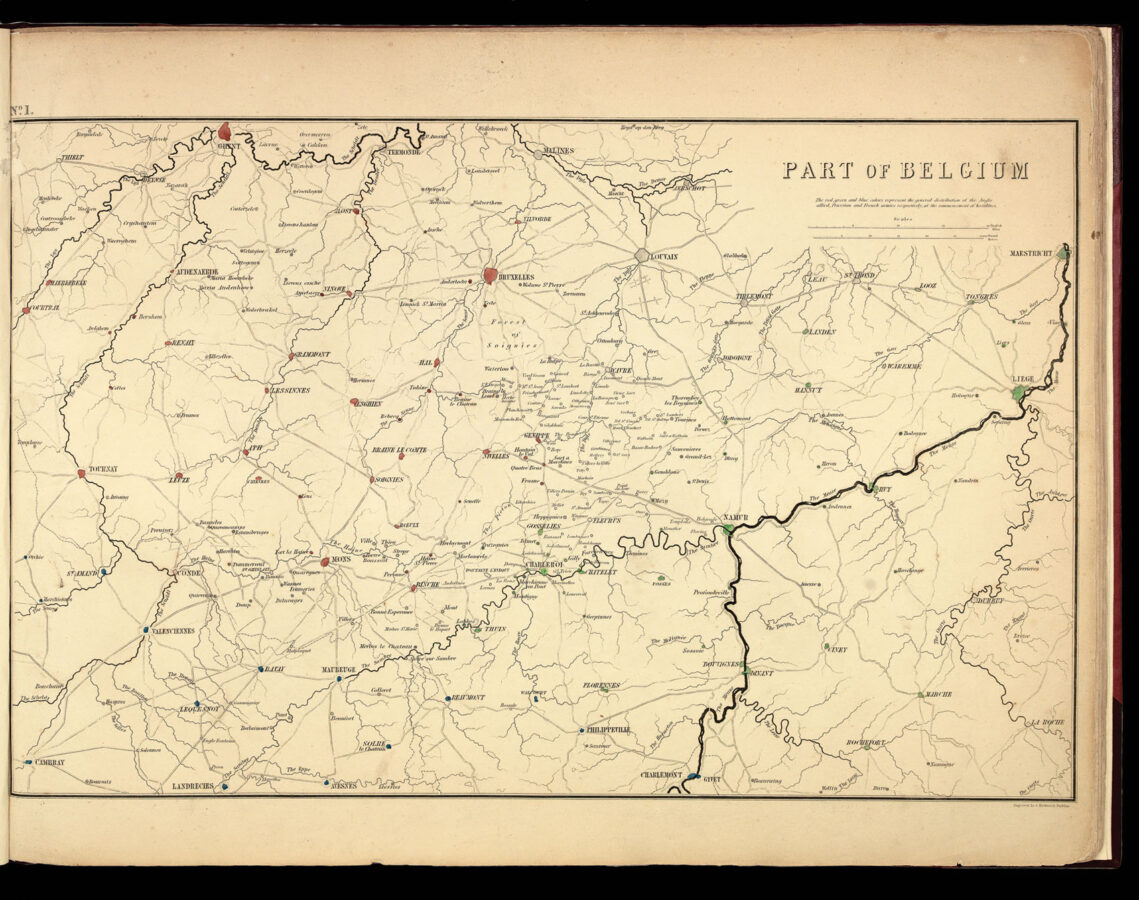 Anaglyptographic atlas of the Waterloo Campaign

Early editions of the atlas included anaglyptographic maps engraved by Alfred Robert Freebairn. Anaglyptography results in a three-dimensional raised effect. However, although the majority of the plates here bear the imprint of ​“Bate’s Patent Anaglyptograph” and instruct the reader to place the upper side of the maps nearest the light (presumably to highlight the relief), the maps do not actually have any raised surfaces. Instead, relief is shown by hachures in which Siborne was also interested. ​‘Cartographical Innovations’, edited by Helen Wallis and Arthur Robinson, confirms that the later three editions of Siborne’s work did not include anaglyptographic maps.

A consistent colour code is used throughout the atlas to identify the positions of the Anglo allied, Prussian and French armies. Plate I and Plate XI, the maps were engraved by J. Kirkwood in Dublin. Plates II and Plate X, the plans were ​“modelled” by W. Siborne and engraved by A.R. Freebairn. The model from which the plan of Waterloo was taken is in the National Army Museum at Chelsea, together with an estimated 75,000 miniature soldiers. 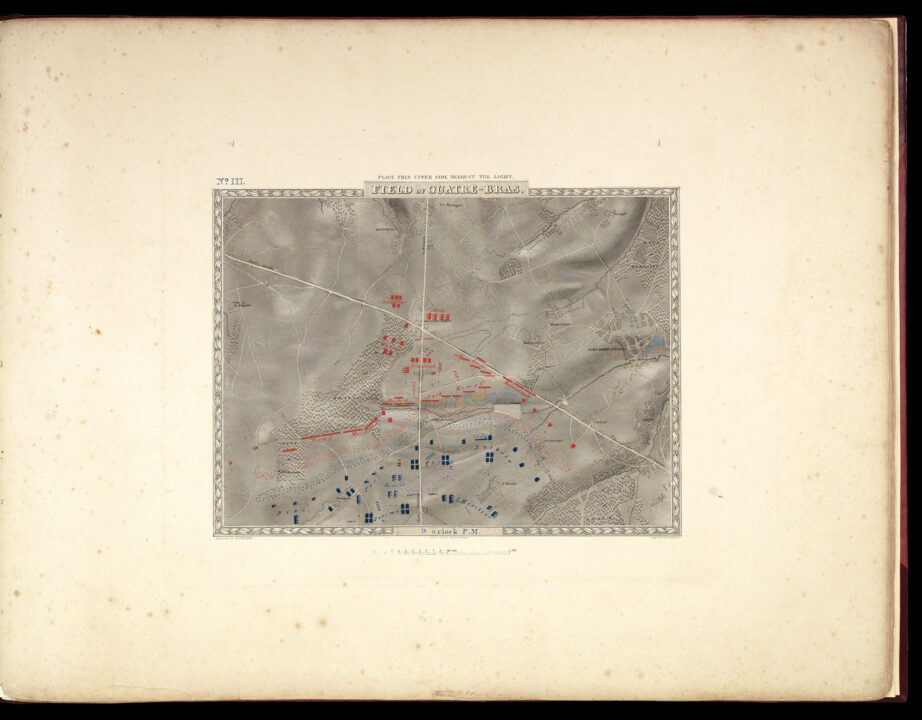 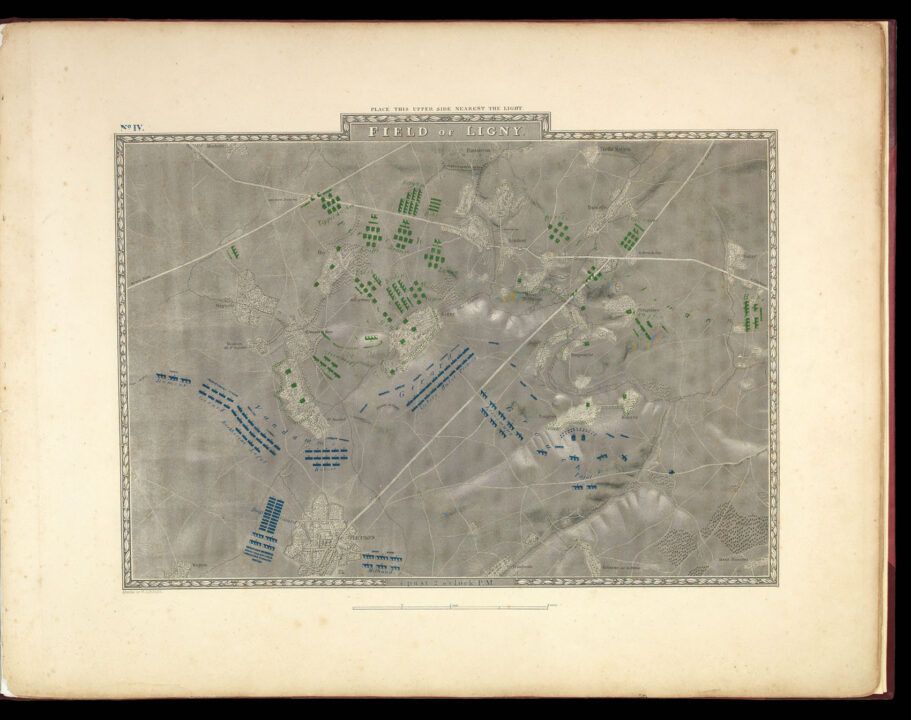 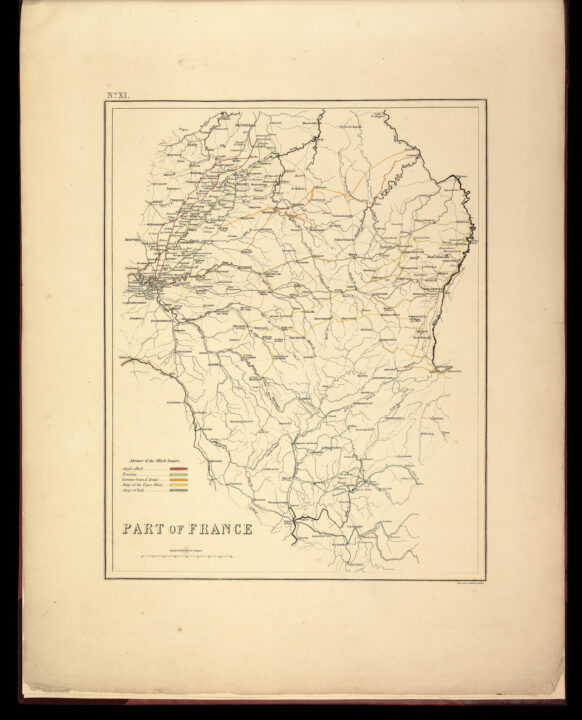 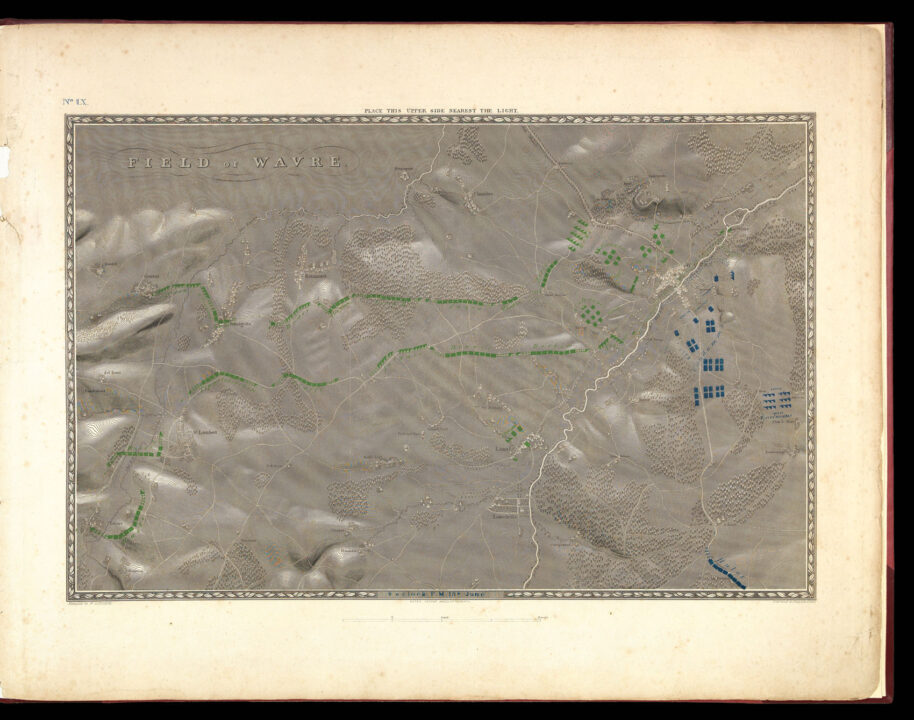