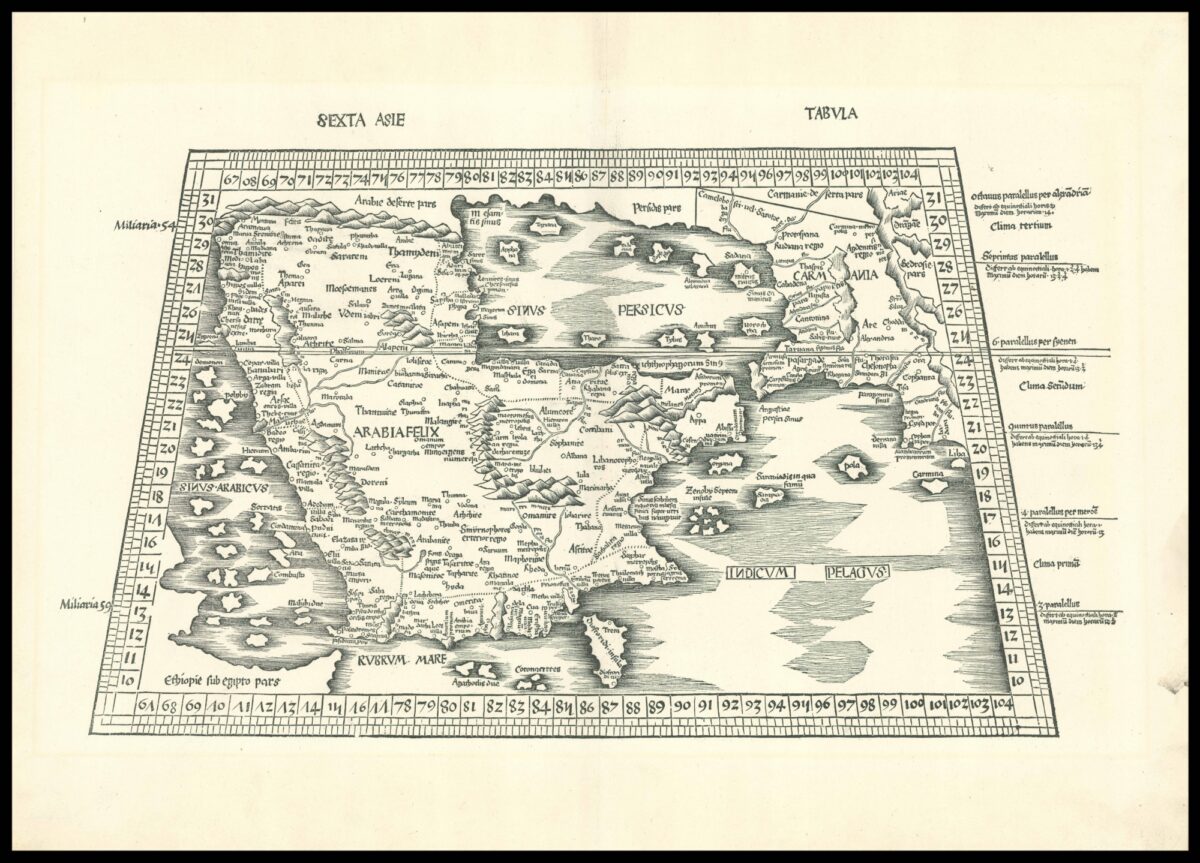 Rare and early map of Arabia

A fine example of one of the earliest obtainable maps of Arabia.

This rare map of the Arabian Peninsula was published in Martin Waldeseemuller’s edition of the classical geographer Claudius Ptolemy’s ​‘Geographia’ of 1513 — ​“the first modern atlas”. Waldseemuller, who was also the author of the first map to name America, drew on Ptolemy’s work to create maps of the classical and contemporary world.

The map stretches west to east from the Red Sea to a rather distended Arabian Gulf. Due a miscalculation on the part of Ptolemy, ​“the Arabian Peninsula appears wider than it actually is. This extra width is in the south, whereas the north, which was better known as it was on the land trade routes linking the Mediterranean to the Arabian Gulf, was included by Ptolemy but he added an excessive distance to the Gulf which appears completely distorted in a rectangular shape with its longest side oriented east west” (Al Ankary).