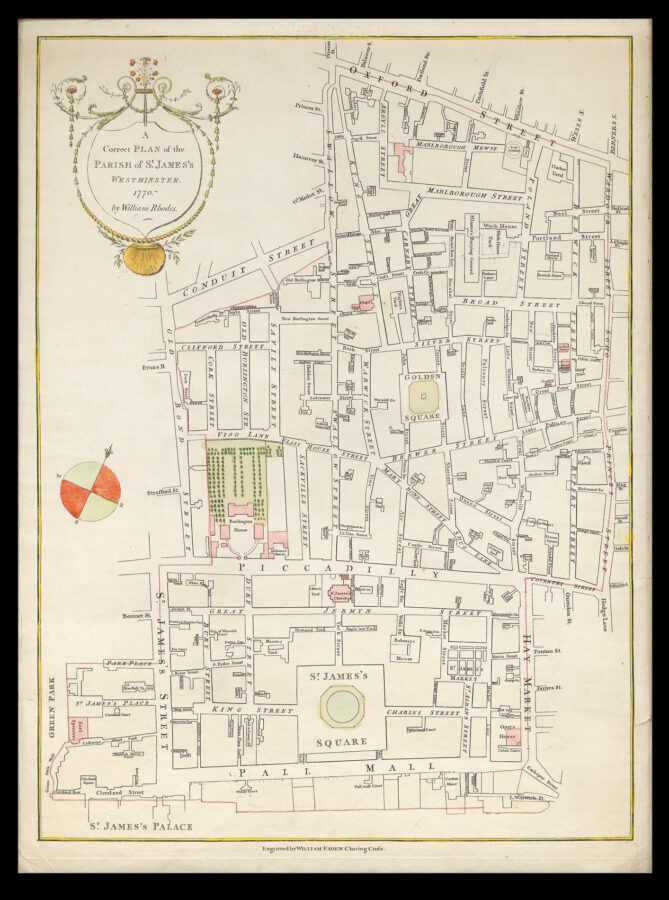 A Correct Plan of the Parish of St. James’s Westminster 1770 by William Rhodes.

The map was drawn by the surveyor, William Rhodes of Great Marlborough, in 1770 at the request of a committee of the House of Commons, which was considering amendments to a paving act (Westminster Library, D1764, 27 April 1776). In 1777 Rhodes sold his survey to the parish for £50 and in the following year a mere one hundred copies were printed from an engraving by William Faden.

The plan stretches west to east from Old Bond Street to Wardour Street, and from north to south from Oxford Street to Pall Mall. It highlights several important buildings including, Spencer House, Burlington House and Gardens, St James’s Church on Piccadilly, the ​‘Opera House’ on Haymarket, now the site of ​‘Her Majesty’s Theatre’, several chapels, an auction room, and St. James’s School, on Boyle Street, one of the oldest schools in London.