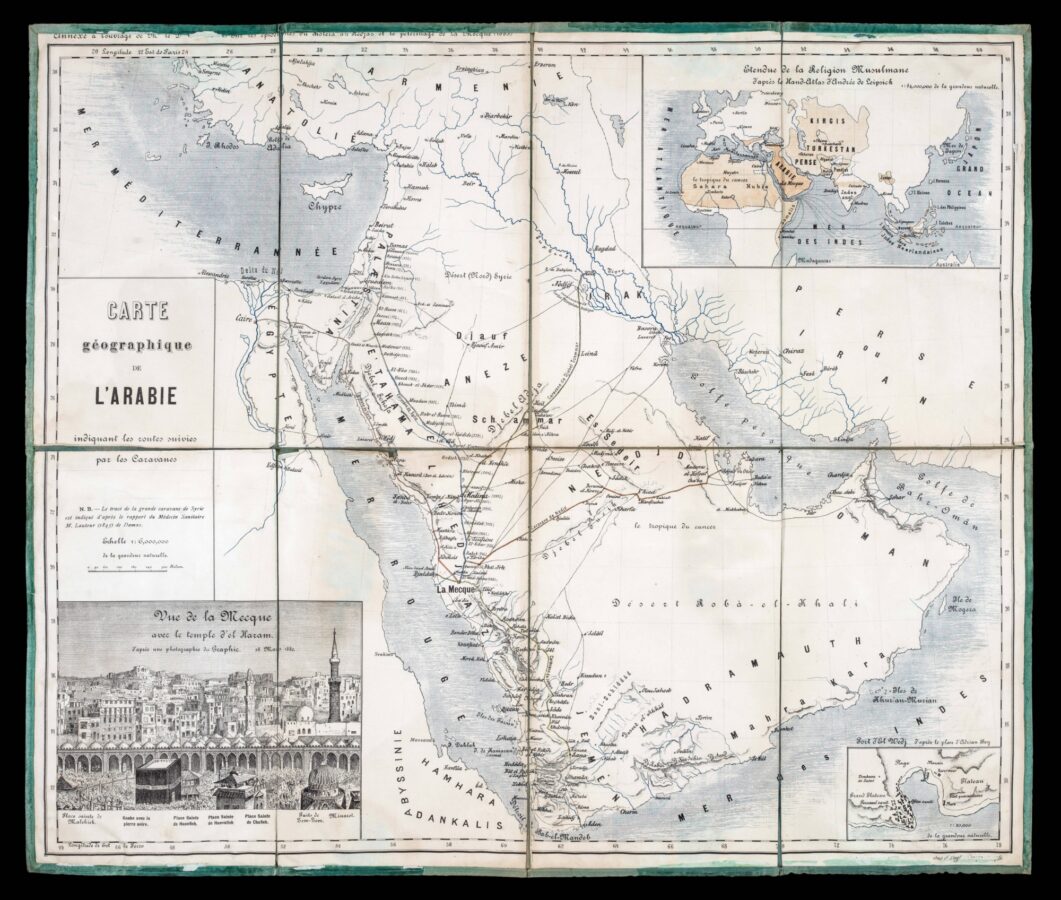 Rare map of Arabia published to accompany C. Stekoulis’s report on the cholera outbreak in 1881.

The map, based on that of Heinrich Kiepert of 1867, shows the pilgrim routes through Arabia, with caravan routes from Damascus (Syria), Cairo (Egypt), Hillah (Iraq), Hail (Saudi Arabia), Uquair (Saudi Arabia), and Sana’a (Yemen). Other place names include Abu-debi (Abu Dhabi), Chardja (Sharjah), and el Ola (Al Ula). Several of the place names bear manuscript transliterations in Arabic, most notably to Riyadh.

An inset map shows the distribution of Muslims across the globe, and their pilgrimage routes to Mecca. The other two insets show the port of Wedj (Al Wajh) on the Red Sea coast, and a view of Mekkah after a photograph in ​‘The Graphie’ (March 1882) which is itself after a photograph by Muhammed Sadiq Bey.

The contents of Stekoulis work first appeared in the ​‘Gazette medicale d’orient’. Concerned at the recent outbreak of cholera in Arabia, Stekoulis considers both the causes of the outbreak and the possible threat this poses to Europe, as well as suggesting methods of containing the plague. His information is based on that supplied to him by Muslim colleagues at the International Council of Health in Constantinople.

The map is rare with only three examples appearing at auction since the Second World War. The work is also rare institutionally with only six recorded examples. 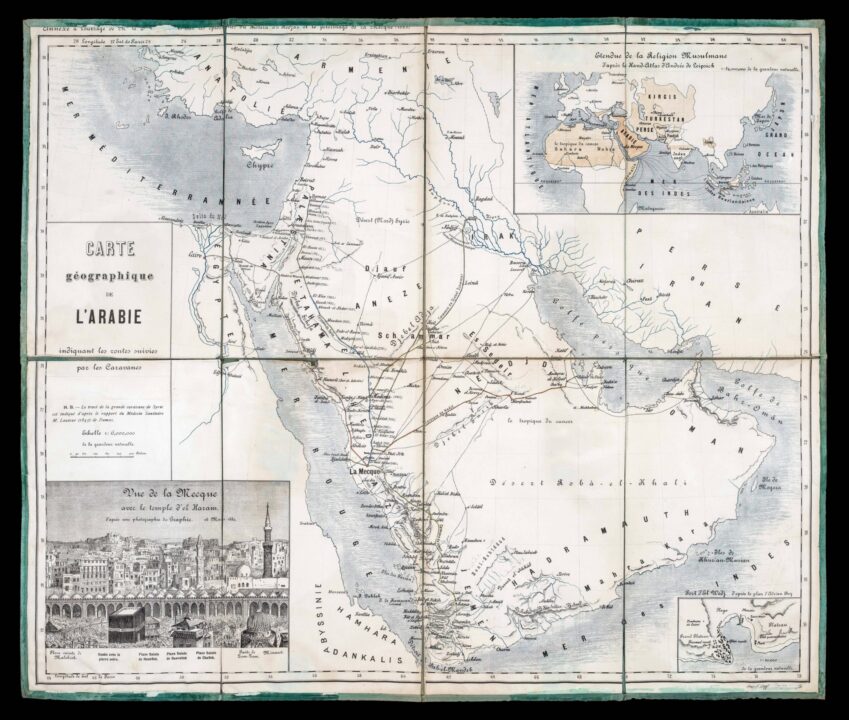