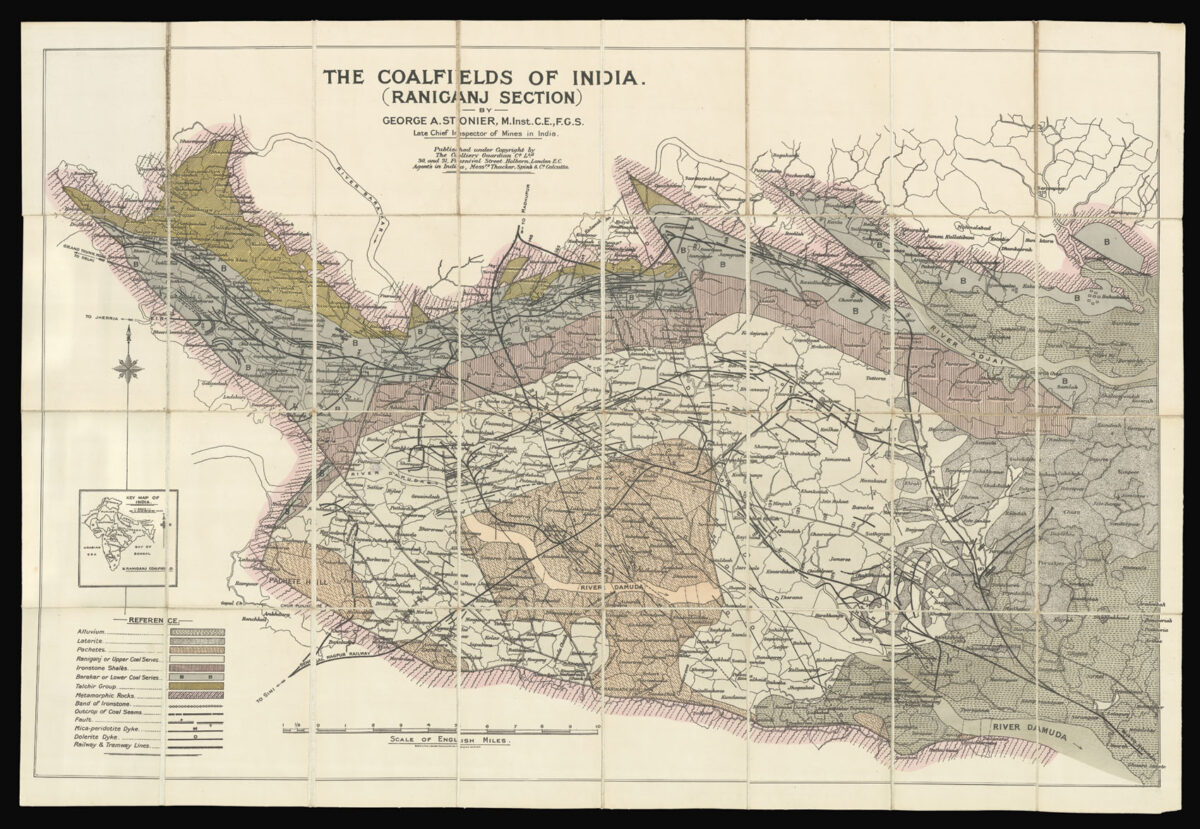 Large and detailed map of the Raniganj Coalfields.

The Raniganj coalfields are considered to be the birthplace of coal mining in India. Surface mining of coal had taken place, piecemeal from the 1770s, but it was not until 1815, when the coal seam at Raniganj was discovered by Mr Rupert Jones, that mining began. So rich were the coalfields at Raniganj that by the publication of the present map, the fields were responsible for 3 million tonnes, half the total of Indian coal production for that year.

George A. Stonier the Chief Inspector of Mines in India during the early Twentieth century.

Scale: 1 inch to one statute mile.