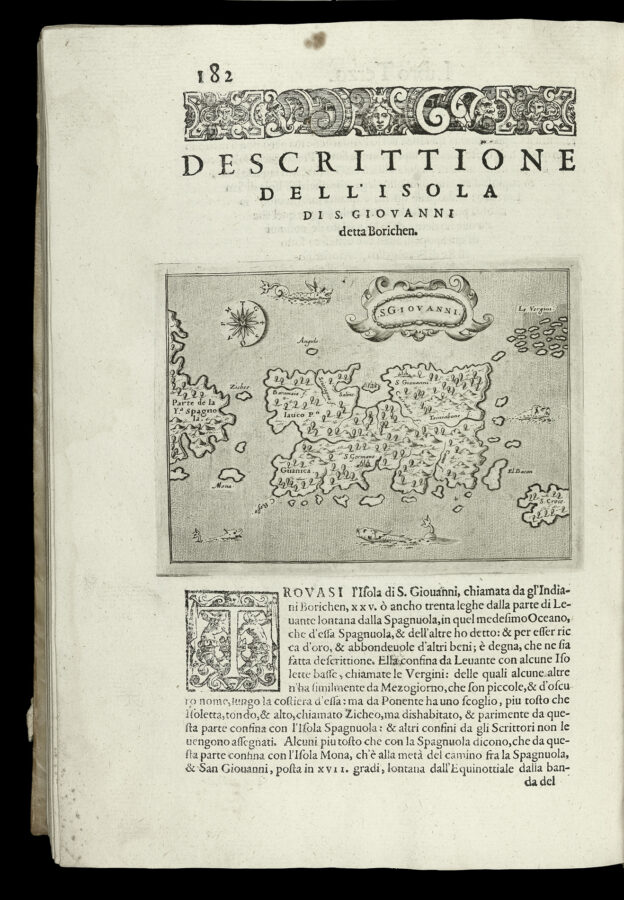 A detailed map of the Caribbean island of Puerto Rico, one of the maps of the New World added for this edition.