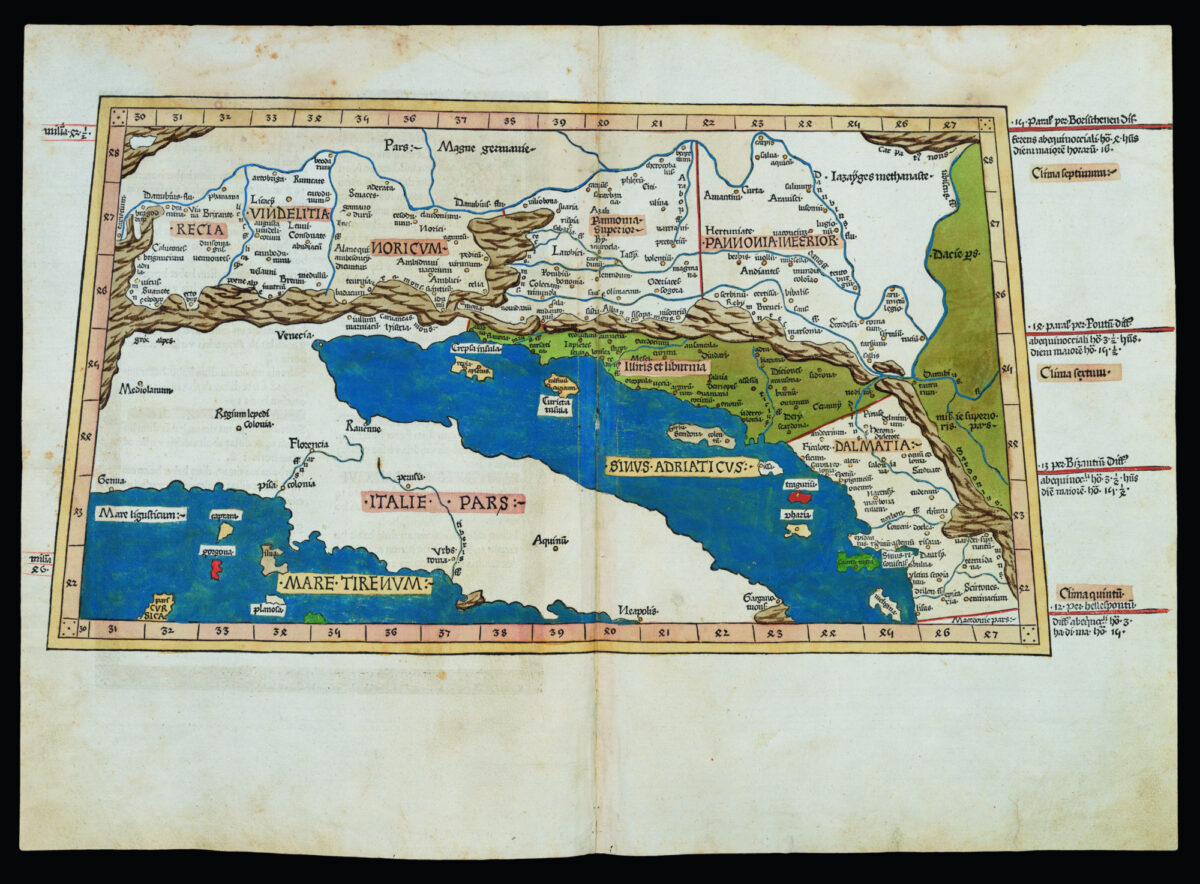 This striking map of northern Italy, the Adriatic and the Balkans, depicts the area as envisaged by the second century A.D, cartographer Claudius Ptolemaeus. One of the earliest obtainable maps of the area. 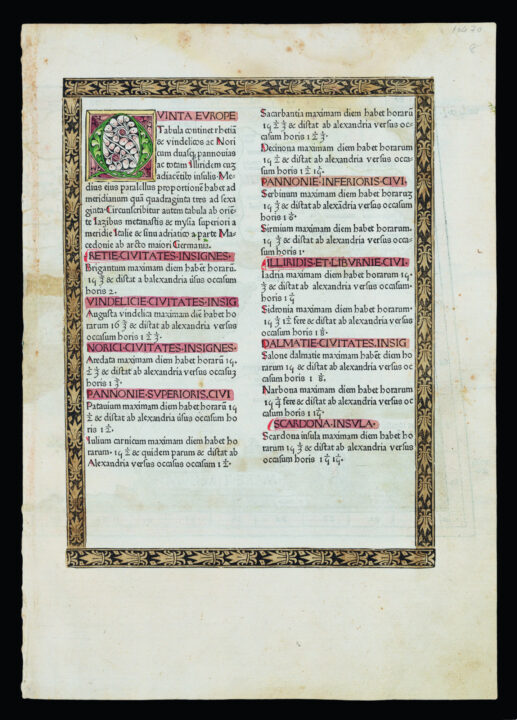