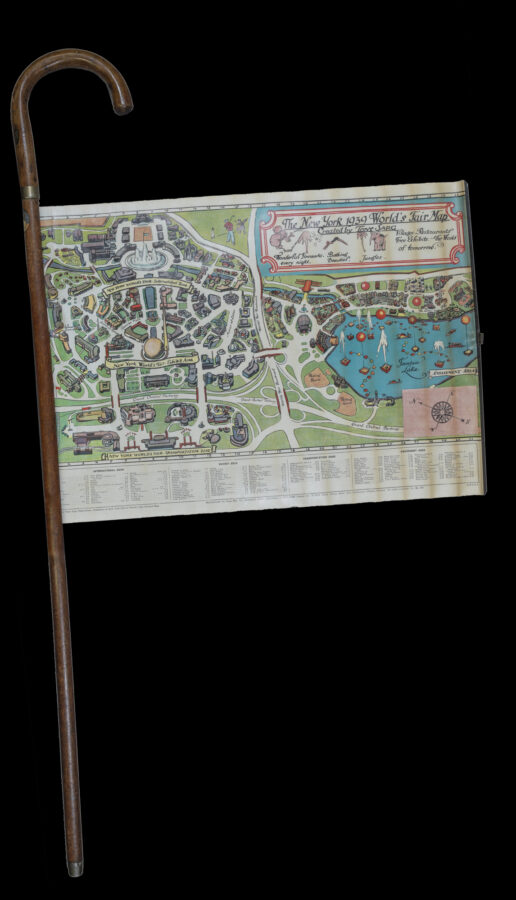 The New York 1939 World’s Fair marked the 150th Anniversary of the inauguration of President George Washington. Staged at Flushing Meadows and Corona Park, The World of Tomorrow, offered a ​“glimpse of the future”.

Tony Sarg (1880–1942), is best known for introducing the enormous inflatable cartoon caricatures to the Macy’s Thanksgiving Day Parade, that are now its trademark.

Sarg was born ​“in Germany, his father was an artist, his grandfather a wood-carver, and his grandmother was a painter who gave the young Sarg a collection of mechanical toys that may have inspired the imagination of the burgeoning designer. But it wasn’t until he saw a performance by famed puppeteer Thomas Holden, who essentially invented the marionette, that Sarg found his calling. He began experimenting with puppet designs and stagings around 1917, eventually earning renown for his particularly sophisticated puppet shows that included performances of Faust and Don Quixote. After World War I, Sarg moved to New York City and quickly gained a reputation as a practical joker, the life of the party and a tireless worker. In his various ventures, the designer, inventor and illustrator worked on cartoons, children’s books, mechanical toys, advertising and of course, window displays and balloons” (Smithsonian online).