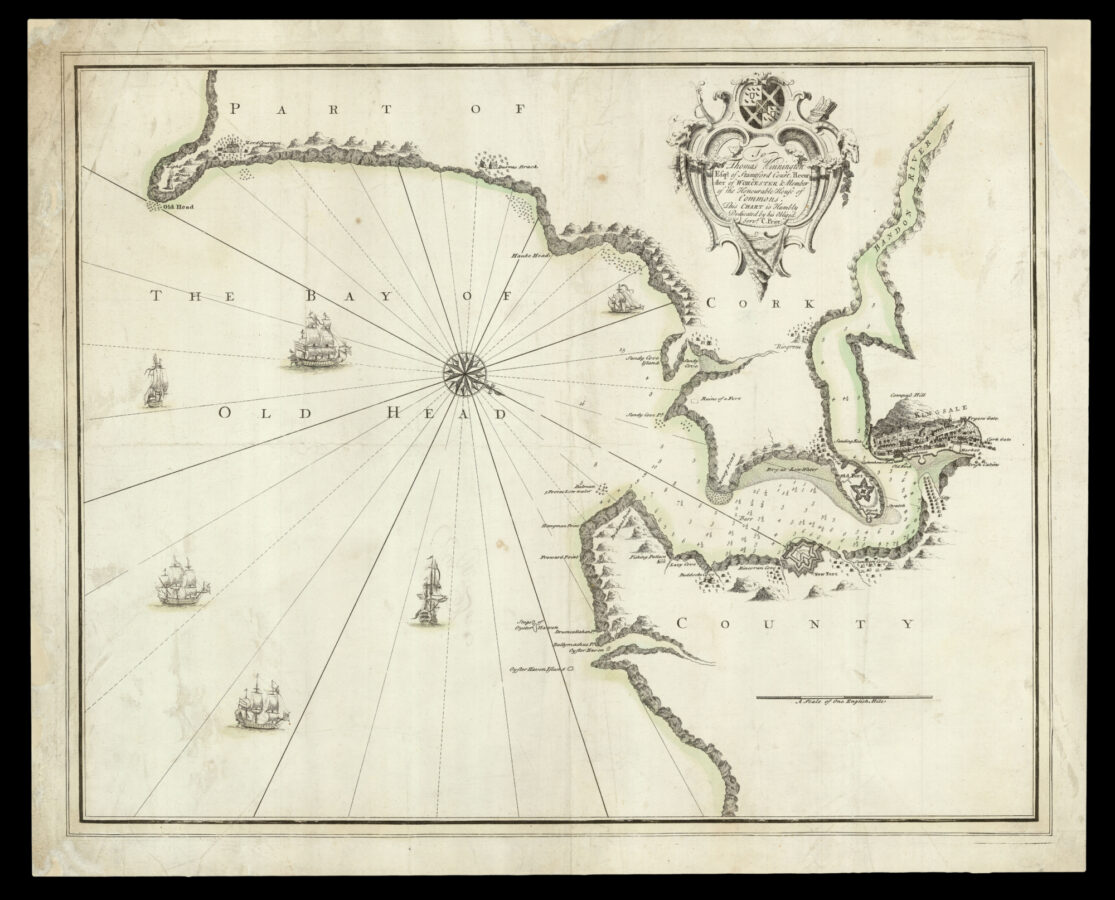 [Kinsale Harbour] To Thomas Winnington Esq. of Stamtford Court. Recorder of Worcester & Member of the Honourable House of Commons. This Chart is Humble Dedicated by his Obliged Servt. C. Price.

The present chart was published by the Charles Price in his extremely rare ​‘Atlas Maritimus’, most probably whilst Price languished in debtors prison.

History of the atlas and maps

In 1729, Charles Price published a chart of the English Channel, which included a large note advertising his intention to publish a new sea atlas of the whole world:

​“The Great want of a good sett of Sea Charts those now extant in Great Britain (excepting for our own Coasts) being mostly taken from old Dutch Waggoners &c. put me for some years past upon Collecting all the Observations I could for Engraving and Printing A Compleat Sea Atlas containing (besides General Charts) exact Descriptions of all the Coasts, Ports and Harbours in the known World with the full Directions for Sailing into and out of them, Of their Produce and Manufacture, Imports and Exports &c. The whole will be Engraved upon Copper and will contain two hundred and fifty sheets of the same size with this and each Chart as finished will be published and sold by the Author”.

This hugely ambitious project would never be realised in full, as by December 1731 Price was in Fleet Prison for debt. By the time Price died in January 1733, only 30 charts and maps had been engraved, many of which lacked dedicatees or chart numbers, and seven of which bear no imprint. The remaining 23 charts contain numerous bookseller, and instrument maker imprints.

The lack of dedicatees, and the numerous and varied imprints on the charts, reinforces the impression that the atlas was rushed to market, most likely in order to recoup some of the money that Price owed. Whether the other sellers were part of a consortium, put together before or after Price’s bankruptcy, to pay down his debts, is unclear. Whatever the motive for the publication of the atlas, it was evidently not a success, with only one other known extant example bearing a title-page.

The present chart of Kinsale Harbour is based on the work of Greenville Collins, author of the first sea pilot of the British Isles published by an Englishman. Price’s only significant amendment is the engraving of six warships to the sea.

The only institutional examples we could trace are both bound in the atlas, in the British Library, and the University of California, Berkley.

Charles Price (1679–1733) was apprenticed to John Seller, the father of English sea atlas publishing, in February 1694. He was made free on 1 September 1703, on the same day as John Seller’s son Jeremiah Seller. He worked in partnership with Jeremiah Seller (1700–1705), with John Senex (1705–1710), with George Wildey (1710–1713), and with instrument maker Benjamin Scott (1715–1718). In 1727, he announced that work would begin on ​“a general atlas for sea and land”. In 1729, on his chart of the English Channel, he advertised for ​‘A Compleat Sea Atlas” (the present work), which would cover the whole world and contain some 250 charts. Only 31 charts are known to have been published by Price before he was confined to the Fleet Prison for debt in December 1731. He continued to advertise his work at a reduced price ​“for ready money… ill fortune and ill usage has constrain’d me to sell my goods at this cheap rate”. He died early in 1733, leaving his stock equally to his son Charles, his daughter Ann, and his wife Elizabeth.

Apprenticed to John Seller, the father of English sea atlas publishing, in February 1694, Price was made free on the 1st of September 1703, on the same day as John Seller’s son Jeremiah Seller. He worked in partnership with Jeremiah between 1700 and 1705, but unfortunately, their venture was not a success, and after the firm’s loss of the lucrative naval contract in 1705, they were declared bankrupt. 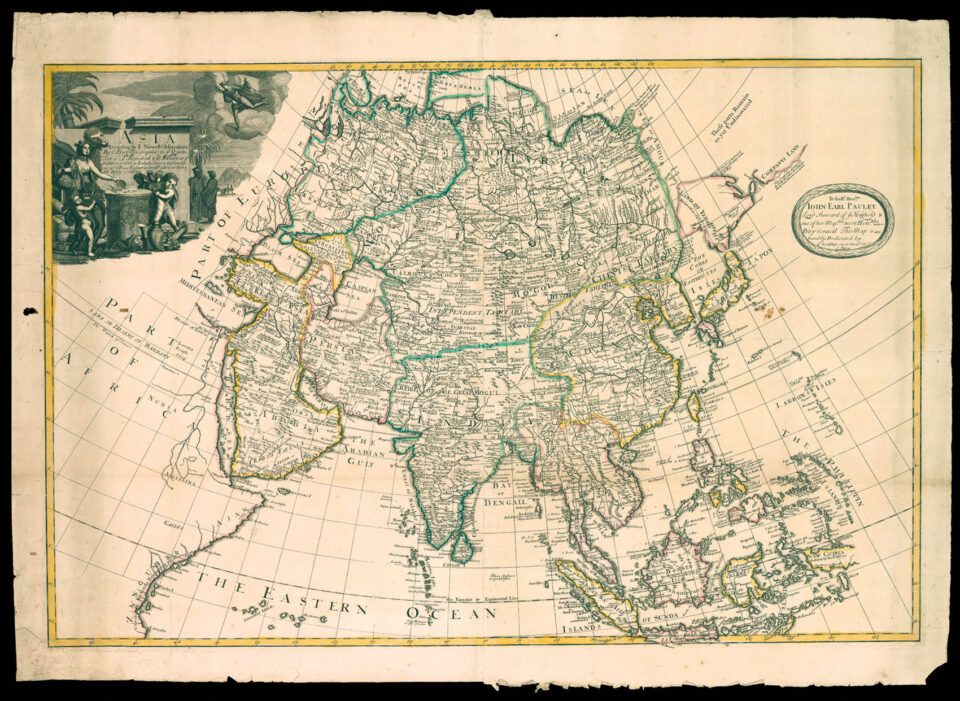