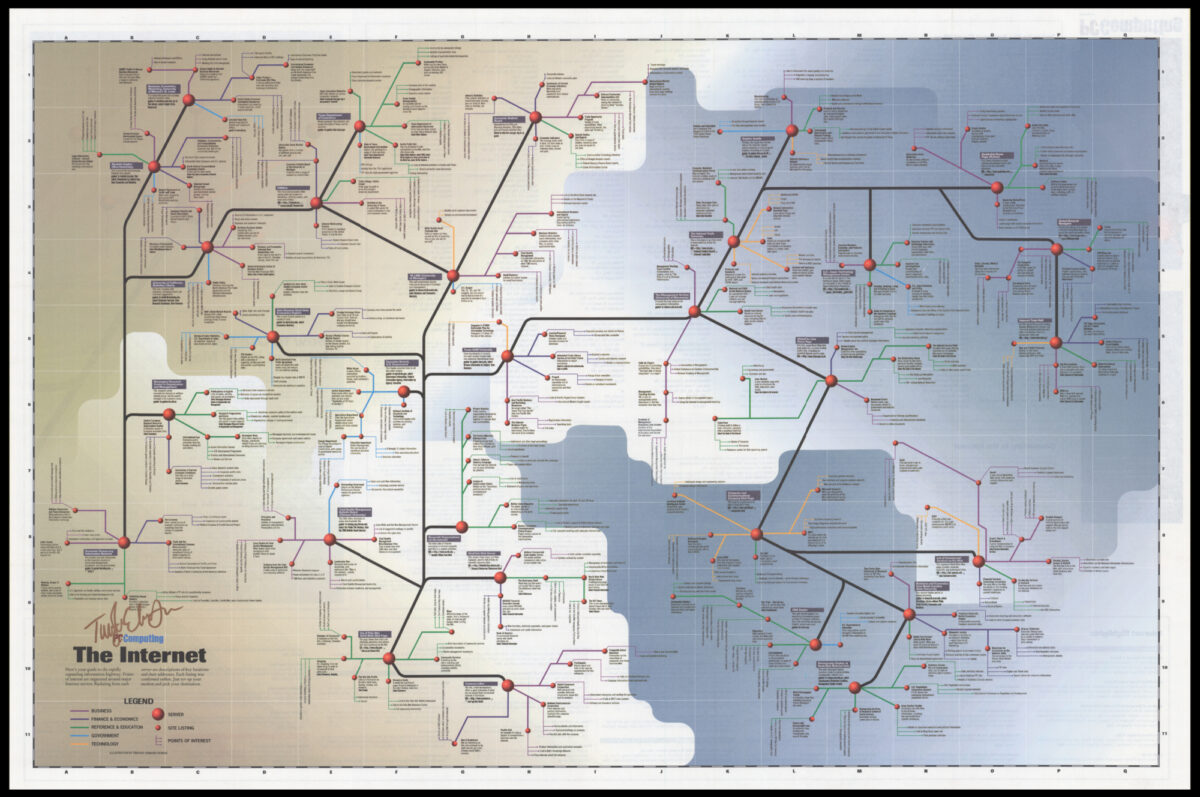 Possibly the first map of the Internet

“Here’s your guide to the rapidly expanding information highway. Points of interest are organized around major Internet servers. Radiating from each server are descriptions of key locations and their addresses. Each listing was confirmed online. Just rev up your modem and pick your destination”.

Signed by the artist, Downs, lower left, this is a very early map of the Internet. Reminiscent of a molecular diagram, this very clear map organises strings of related websites: Business, Finance & Economics, Reference & Education, Government, Technology; around Servers, which lead to Site Listings, and ultimately Points of Interest. A total of 28 servers are shown, mostly based in California or Texas, but there are some located in Norway, the U.K., Japan and Australia.

Interestingly, the term Internet was not legally defined until October of 1995, months after this map was published. The Federal Networking Council, or FNC, an association formed in the early 1990s to coordinate the creation of a common infrastructure for the sharing of information via what is now called the Internet, passed a resolution defining the term: “ ​‘Internet’ refers to the global information system that — (i) is logically linked together by a globally unique address space based on the Internet Protocol (IP) or its subsequent extensions/follow-ons; (ii) is able to support communications using the Transmission Control Protocol/​Internet Protocol (TCP/IP) suite or its subsequent extensions/follow-ons, and/​or other IP-compatible protocols; and (iii) provides, uses or makes accessible, either publicly or privately, high level services layered on the communications and related infrastructure described herein” (The Internet Society online).

Timothy Edward Downs is probably best known for his illustrated guide to ​‘How Computers Work’. The current poster, is one of a series of ​“about 13” posters produced as a marketing tool to accompany ​‘PC World’ magazine. Folding into self-wrappers, the verso includes an ​‘index’ to the map, a guide to using the map and connecting to the internet. 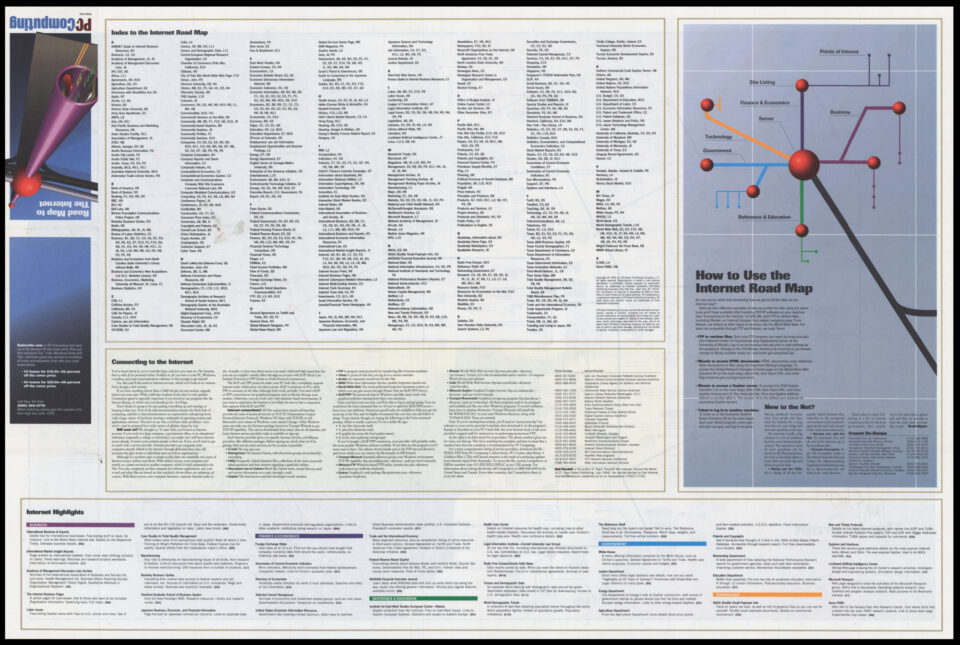