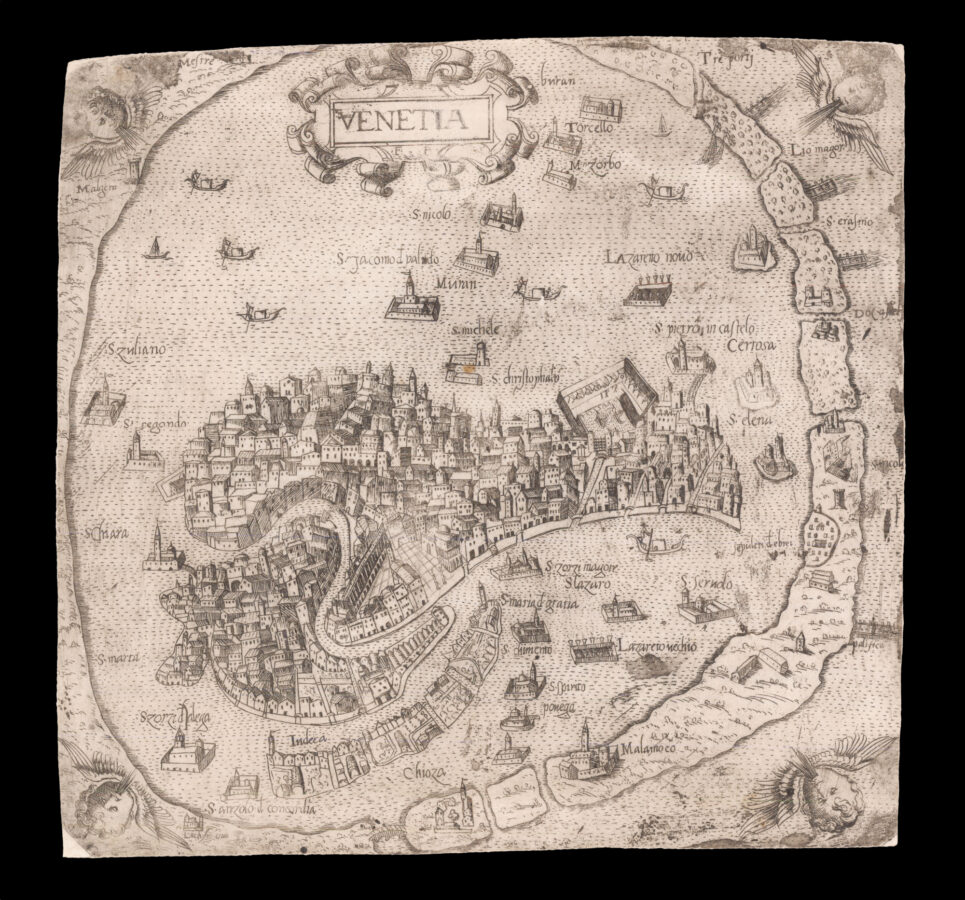 An apparently unrecorded map of Venice, the capital of a vast empire, a mercantile centre, and a departure point for travellers to the East. Located at the crossroads between East and West, Venice was a destination for foreign merchants and pilgrims.

Bertelli’s view is stylised, and not directly based on any previous view, being slightly oriented with the north-northeast to the top. It is probably closest in perspective to Benedetto di Bordone’s ​‘Venice’ (1528), than Jacopo de’ Barbari’s (1500). It almost certainly precedes that of Paolo Forlani (1565), and given that Bertelli was one of three prominent Venetian publishers to employ Forlani (the others were Giovanni Francesco Camocio and Bolgnini Zaltieri) during his time in Venice (1560–1574), it is entirely likely that Bertelli’s own small map inspired the production of Forlani’s much larger and more detailed map, and was then outclassed by it, resulting in its swift redundancy, and current scarcity.

Ferrando Bertelli (c1525-1572), is best known as a Venetian publisher of prints, after Titian, Farinati, Giulio Romano, Battista del Moro, and Dürer; and maps. Some he engraved himself, others were engraved for him by Paolo Forlani, Giovanni Francesco Camocio, Mario Cartaro, Sanuto, Cavalieri, and Domenico Zenoi. Karrow records Bertelli as having signed at least one other map, a copy of Giacomo Gastaldi’s map ​‘Li’Isola Cuba e piu Setentrional dela Spagnola’, (c1566), as ​“F.B.”, although he usually signed his name in full, and with a flourish, as is evident on the other maps of islands he engraved in about 1566. 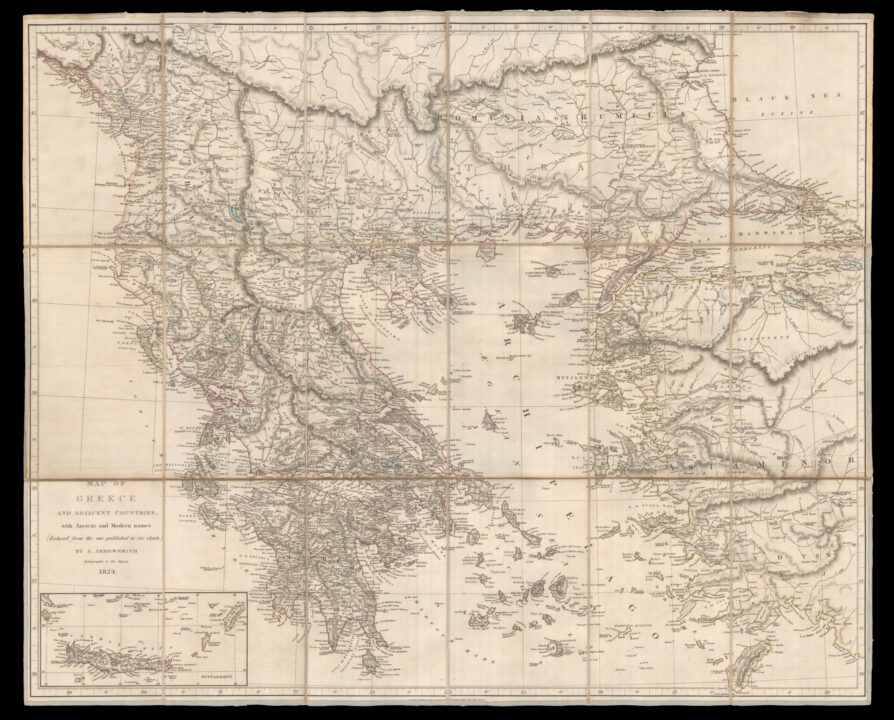