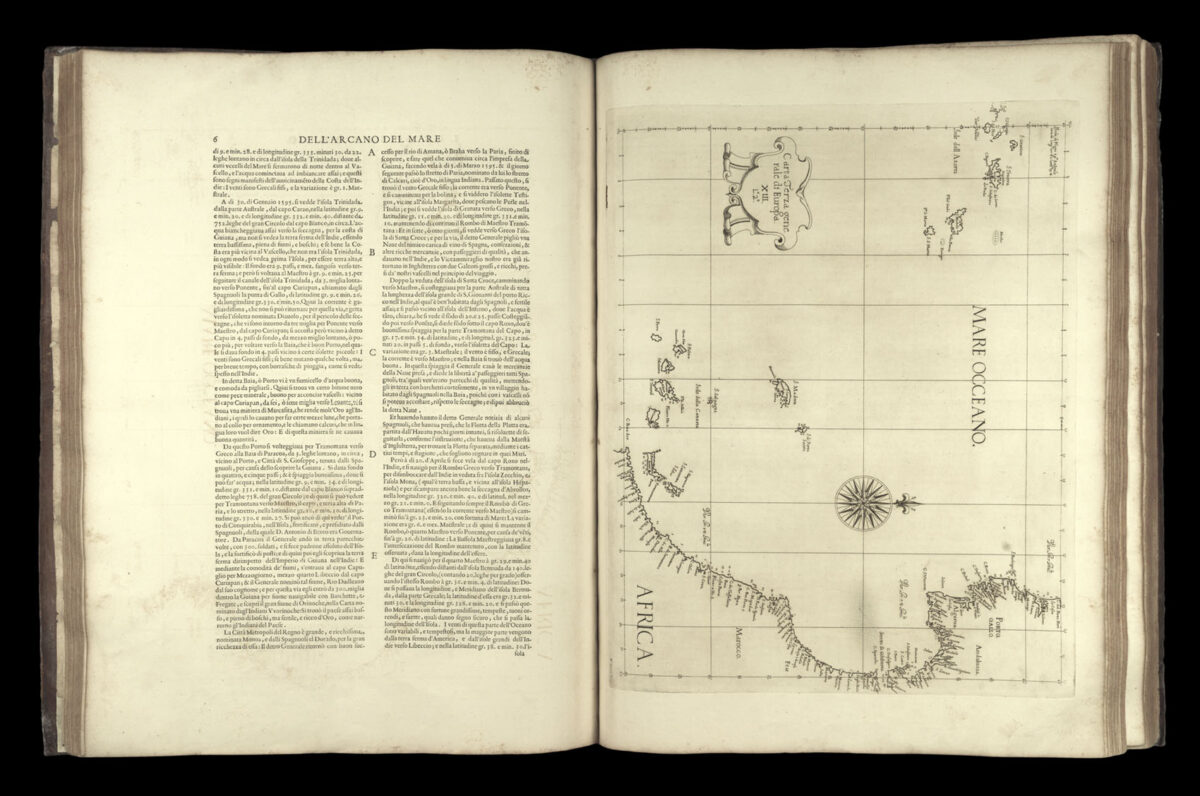 Portugal, Spain and the West Africa

Graduated chart of the coasts of Portugal, Spain and the West Africa peninsula from Oporto to Cape Bojador. Morocco is the only African country marked. The Azores Islands are shown at the upper left and the Canary Isles lower middle. The prime meridian is through Pico on the Azores.