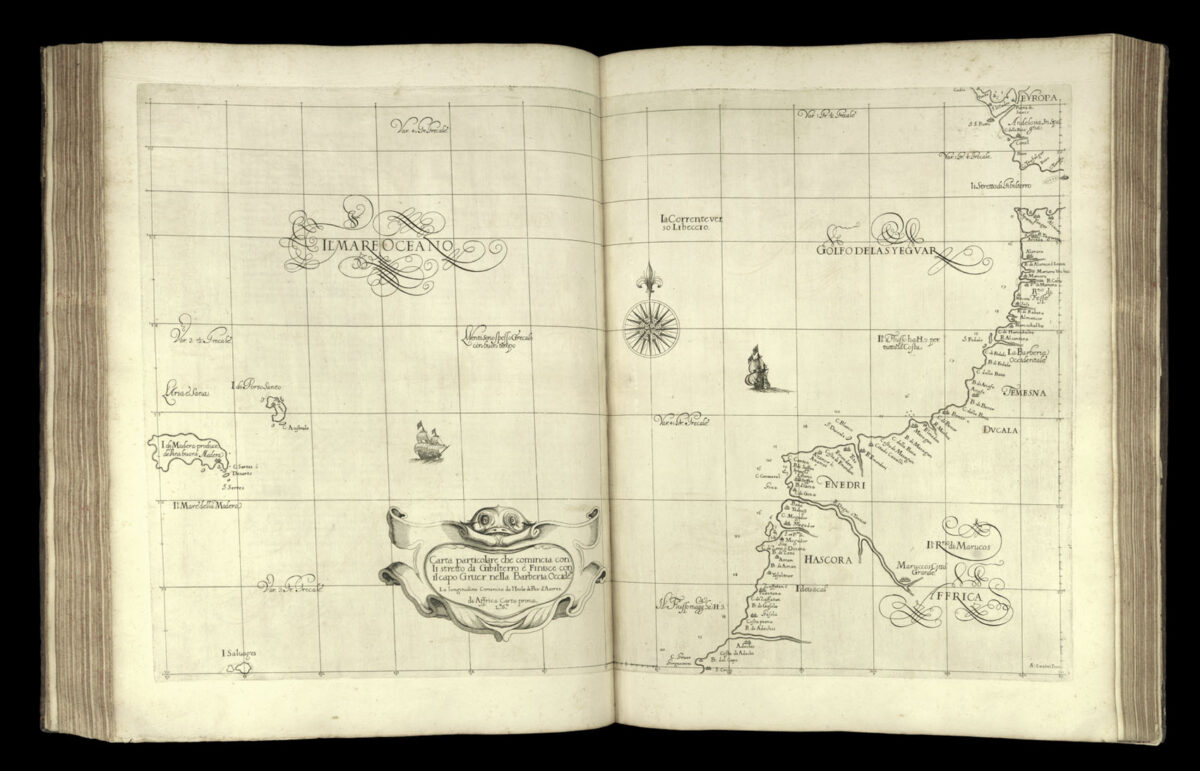 Map showing the coasts of Portugal and Morocco on either side of the Straits of Gibraltar. The sea is marked Golfo de la Syeguar. Madeira is visible on the far left. 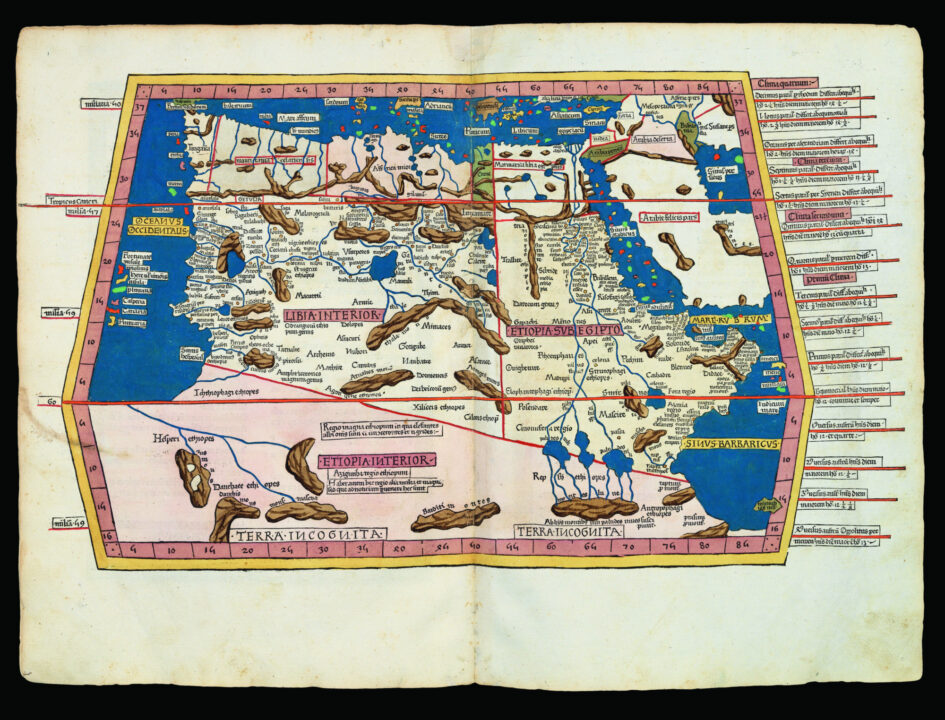 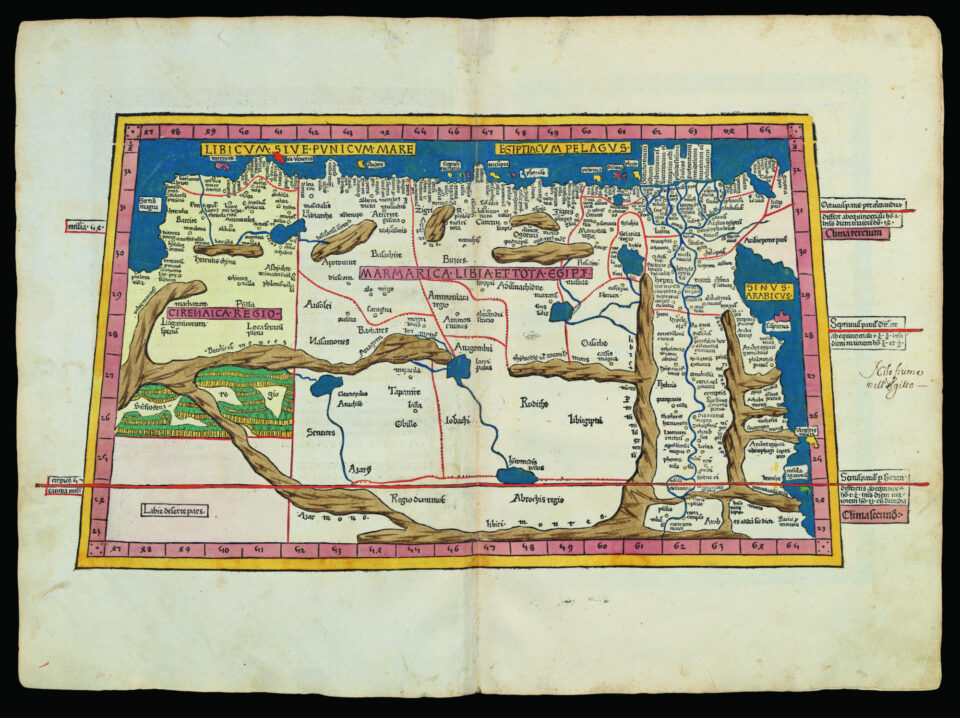 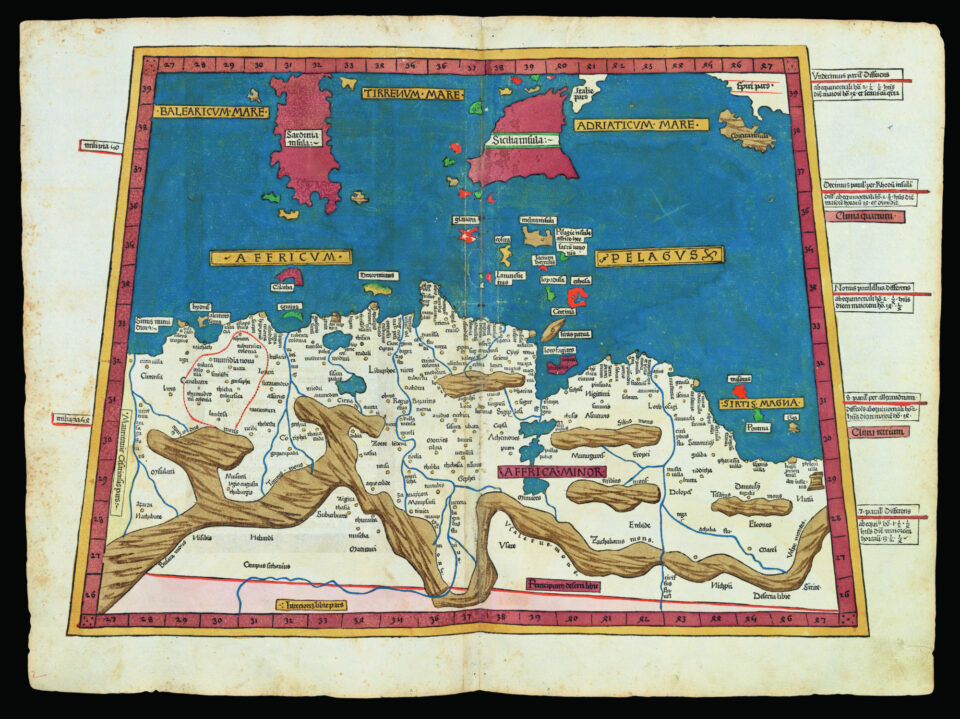