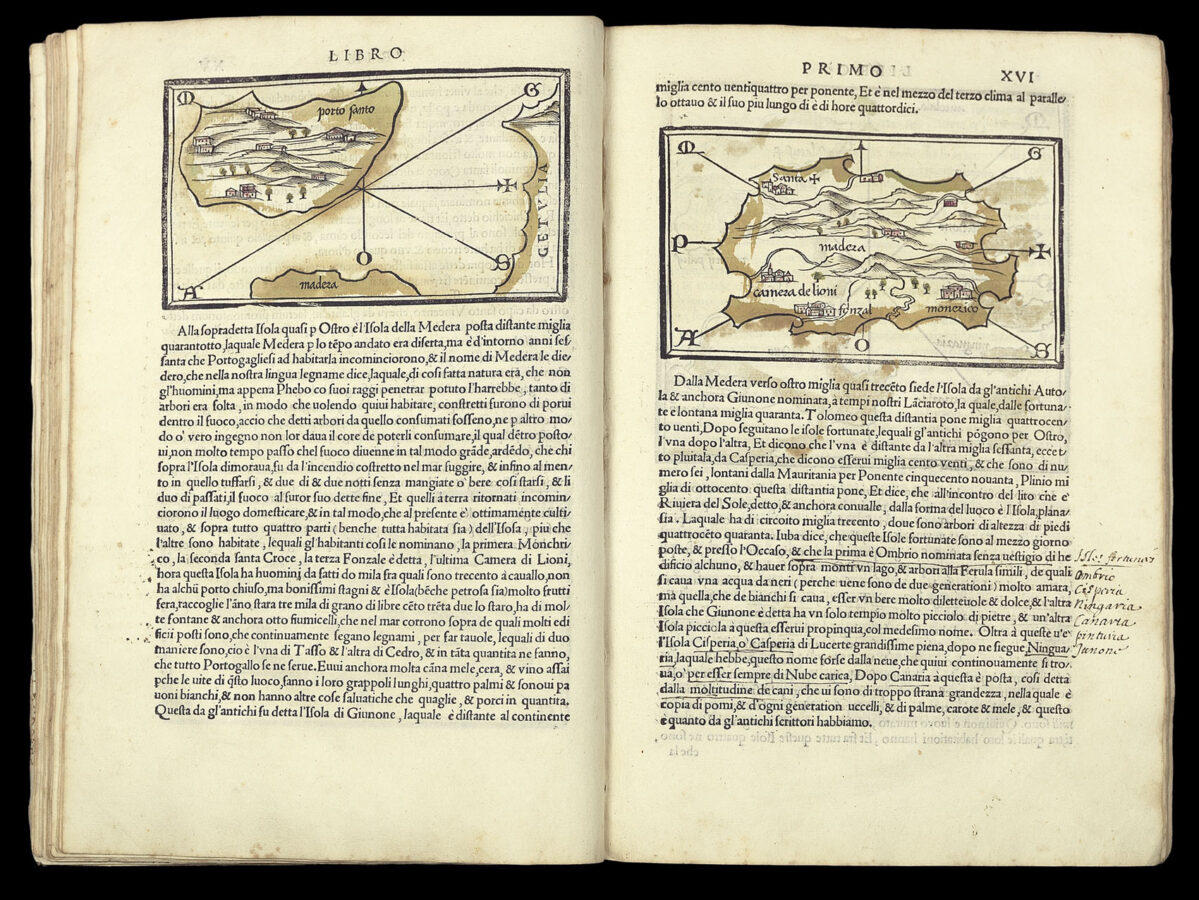 [Maps of Porto Santo and Madeira]

Maps showing islands in the Madeira archipelago off the coast of Portugal. On the left, Porto Santo Island; on the left, Madeira Island (both 85 by 145 mm).