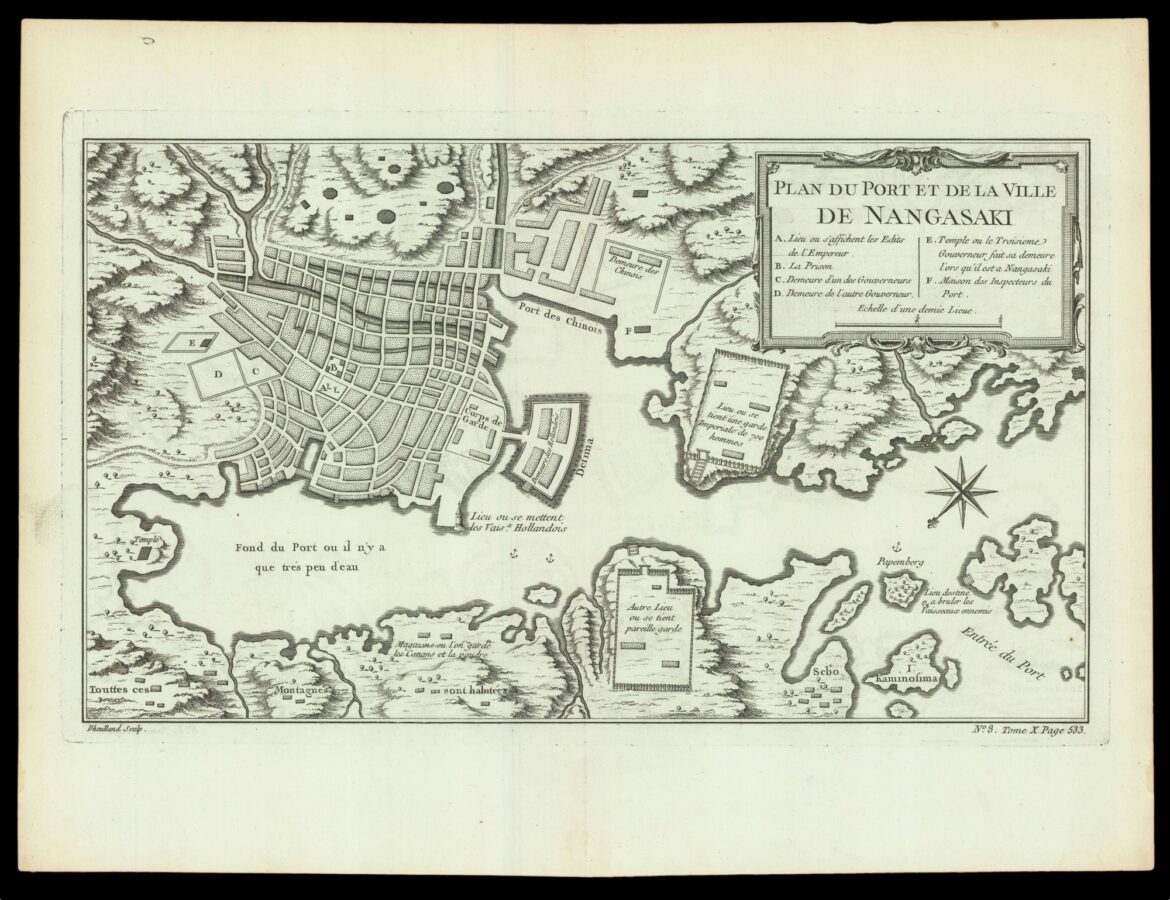 A plan of Nagasaki from a later edition of the Abbé Prévost’s travel book, the ​‘Histoire Generale des Voyages’.

Prévost’s work was an expansion of Thomas Astley’s ​‘Voyages and Travels’ compiled by Astley from sources including John Atkins, Theodor de Bry and Jean-Baptiste Lavat. A London bookseller and printer, Astley wished to capitalise on the success of previous English travel compilations, such as those of Samuel Purchas and John Harris, and it was very popular.

The first seven volumes of Astley’s work were translated into French by the Abbé Antoine François Prévost (1697–1763), a colourful character who was in his youth variously a Jesuit novice, a soldier, and eventually a Benedictine priest, entering the order after the end of an ill-fated relationship. His restlessness caused his superiors in the order to obtain a lettre de cachet (an authorisation of arbitrary arrest) and he fled the country in 1728, and lived variously in England and the Netherlands before reconciliation.

As well as translating Astley’s work, Prévost added a general history of discoveries and colonisation to his own lifetime, as well as an overview of the historical sources he used.