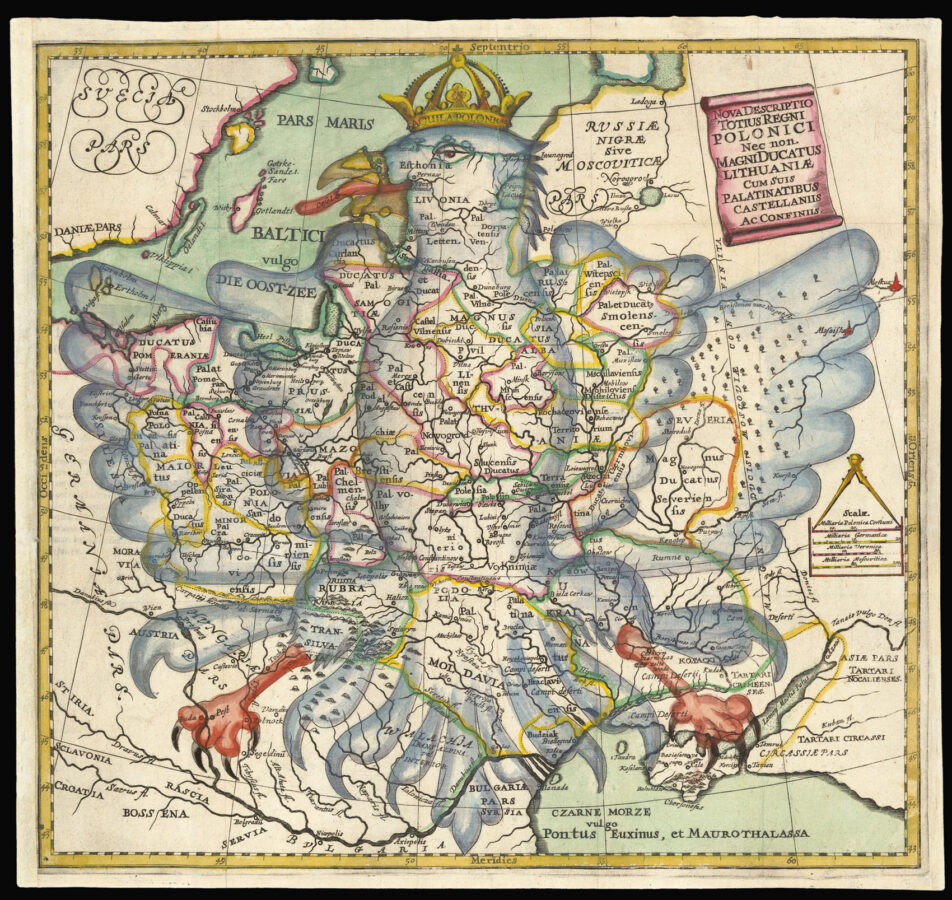 Poland during the Deluge

Poland is drawn in the shape of a crowned white eagle, the national symbol. A white eagle supposedly landed in a tree to show Lech, the legendary founder of the country, where he should make his capital. It became the symbol of the royal family of Poland, and still appears on the coat of arms of the country. Gudicanus’ decision to show the country as an eagle was probably influenced by contemporary events. Throughout the 1650s the Polish-Lithuanian commonwealth was in a state of national collapse, known as ​‘The Deluge’. The commonwealth was at war with Russia and was occupied by Swedish armies. The beleaguered king, John II Casimir, lost the support of his nobility and his people.

Gudicanus’ book would have coincided with the Treaty of Hadiach, which sought to create an alliance between the commonwealth and the Ukrainian Cossacks in the south. The regions of Ukraina and Kosacki clearly fall under the wings of the eagle. The resulting kingdom would be able to repel invading forces. Although the Treaty was never fully implemented, it represents an important point in Polish history.

Scarce; we have only been able to locate two examples of this map (one with the book) for sale in the last ten years.