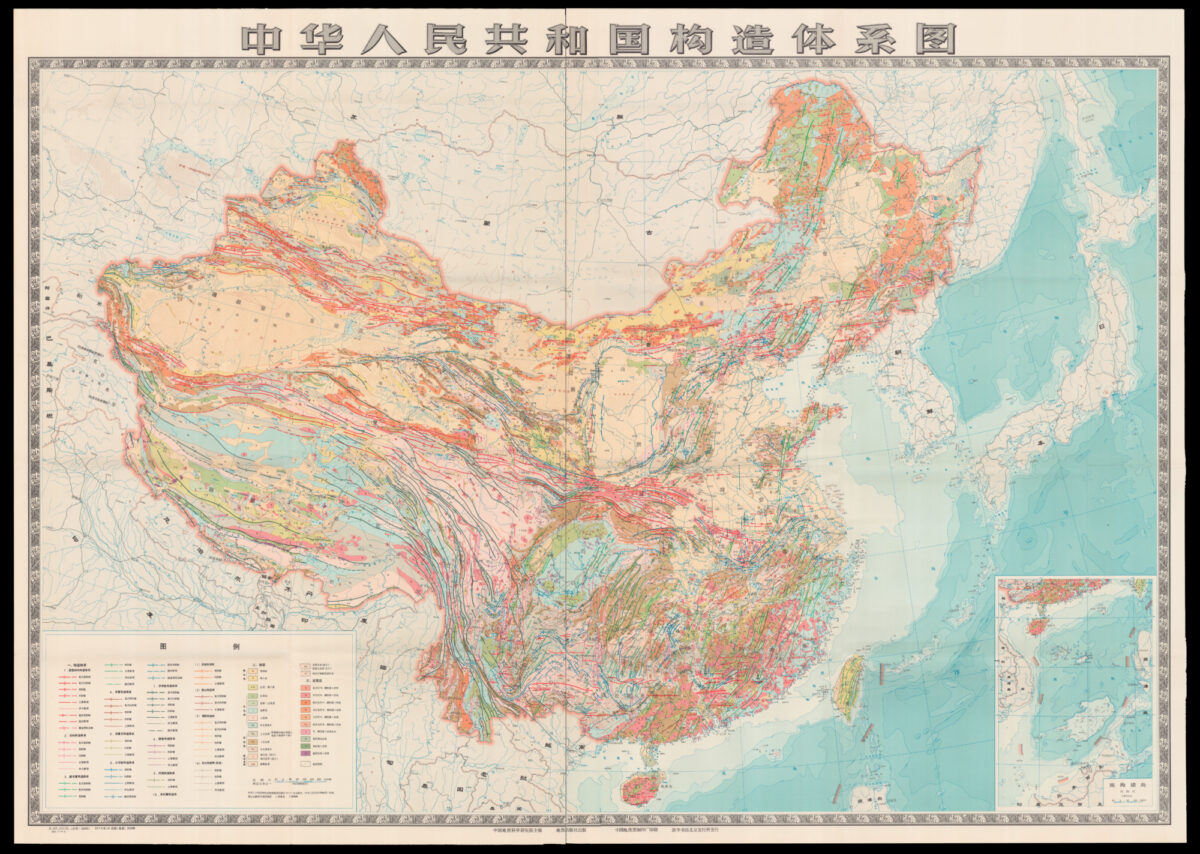 By CHINESE ACADEMY OF GEOLOGICAL SCIENCES, 1975

This monumental map of China provides a wealth of geological information, including the relatively new scientific discipline of plate tectonics: the theory that Earth’s outer shell is divided into several plates that glide over the mantle, the rocky inner layer above the core. The plates act like a hard and rigid shell compared to Earth’s mantle.

There is an accompanying legend of the map including three parts: ​“I. Tectonic Systems”; ​“II. Stratigraphy”; and ​“III. Magmatic Rocks”. The first part specifies ten different tectonic systems, including: Gigantic Latitudinal; Meridional; Neocathaysian; Cathaysian; Cathaysoid; ε‑type; η‑type; Vortical; Hosi; and Structural zones of uncertain tectonic system. The second part lists four main layerings of rocks, each of which is specified into more divisions, and the four layerings are: Cenozoic; Mesozoic; Palaeozoic; Pre-Palaeozoic. The third part lists eleven types of magmatic rocks, which are formed through the cooling and solidification of magma or lava.

The national boundary on this map is drawn according to the ​“Map of the People’s Republic of China” published in 1971 by the Cartographic Publishing House. Localities indicated on the map by numerals are: ​“1. Tiaoyütao”, and ​“2. Chiweiyü”. The current example is edited chiefly by the Chinese Academy of Geological Sciences and published by the Cartographic Publishing House.