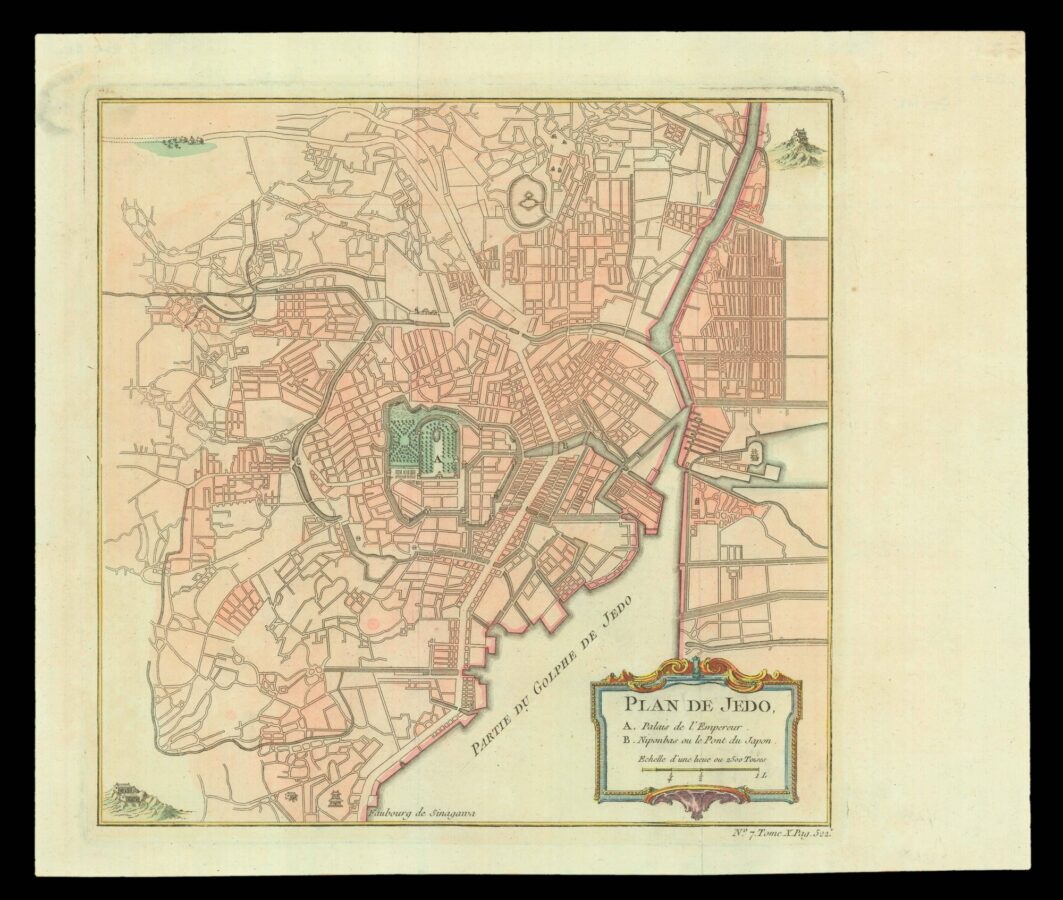 A plan of Tokyo from a later edition of the Abbé Prévost’s travel book, the ​‘Histoire Generale des Voyages’. It is based on an earlier map published in Johann Caspar Scheuchzer’s translation of Engelbert Kaempfer’s work on Japan. Bellin has added imaginary formal gardens around the Edo Palace.