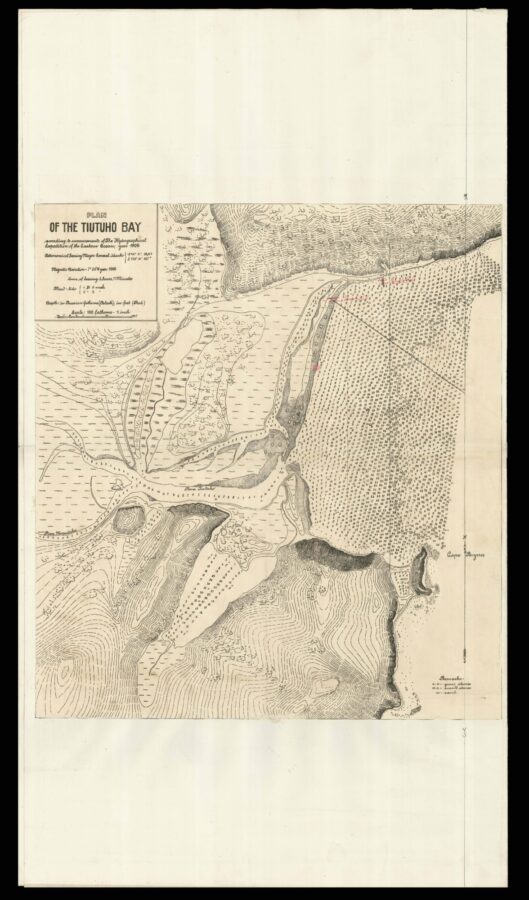 Plan of the Tiutuho Bay

PLAN OF THE TIUTUHO BAY according to measurements of The Hydrographical Expedition of the East Ocean, year 1908.

A chart focusing on the Tiutuho Bay, now the area known by its Russian name of Bukhta Rudnaya, which played a key role in the Russo-Japanese War of 1904 to 1905. The early twentieth century saw the Russian powers seeking to expand their power over the Pacific Ocean, making their eastern ports and harbours especially important for maritime trade and naval defences. Tiutuho Bay lies to the north of Russia’s most important Pacific seaport of Vladivostok, and much of the war unfurled in the surrounding waters until the conflict was concluded with the Treaty of Portsmouth. In the following years a number of hydrographical expeditions were led by Russian oceanographers across the Northern Hemisphere, and the use of Russian fathoms here suggest that this chart was also conducted by such an expedition. However, the use of English on the chart indicates that the present example may be a British chart based on the original Russian material. 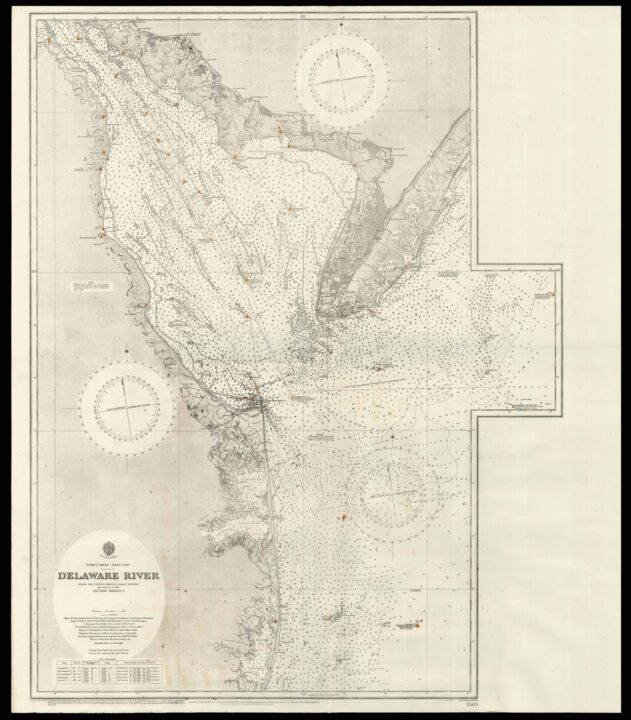