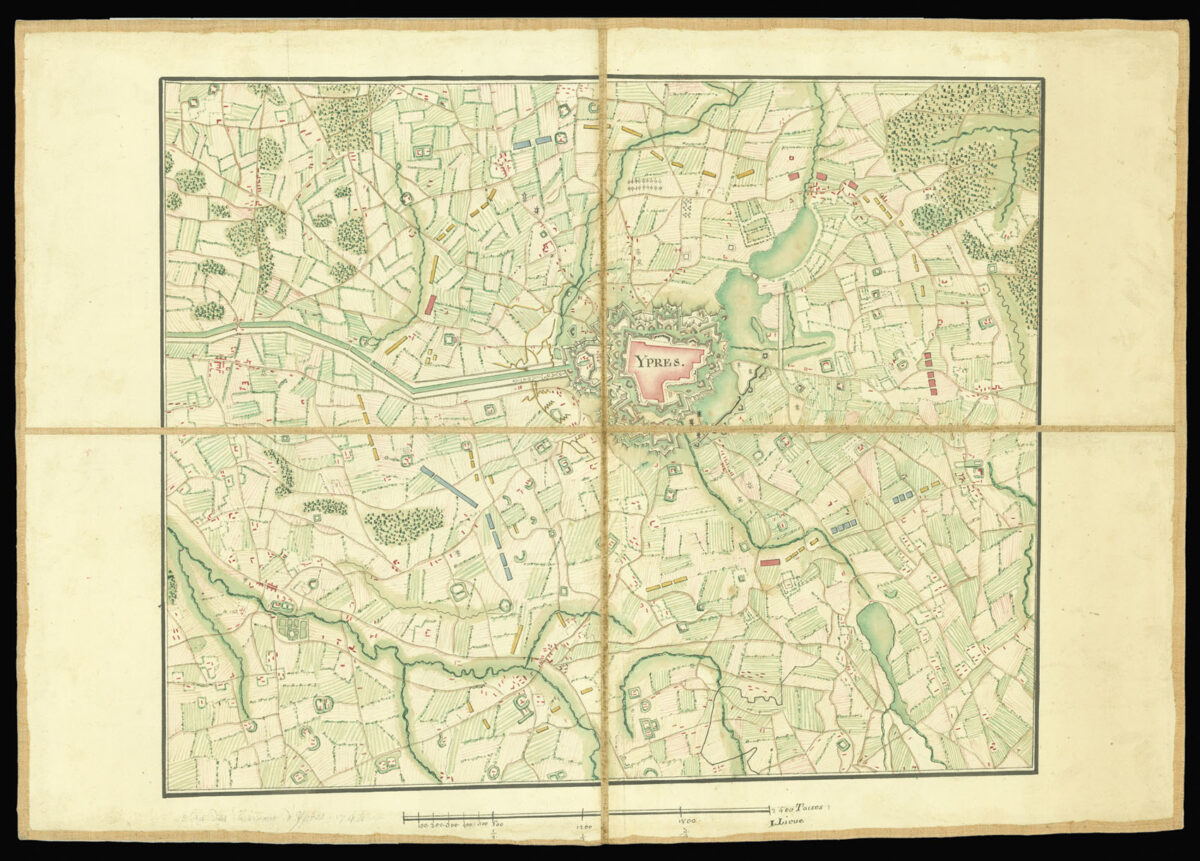 Plan of the Siege of Ypres by the French in 1744, during the war of Austrian Succession

Plan of the Siege of Ypres by the French in 1744, during the war of Austrian Succession.

The Siege of Ypres to place upon the 6th June 1744, with the town capitulating on the 25th of the same month. The plan shows the environs of Ypres with the besieging army clearly marked: infantry (yellow), cavalry (blue), and dragoons (red).