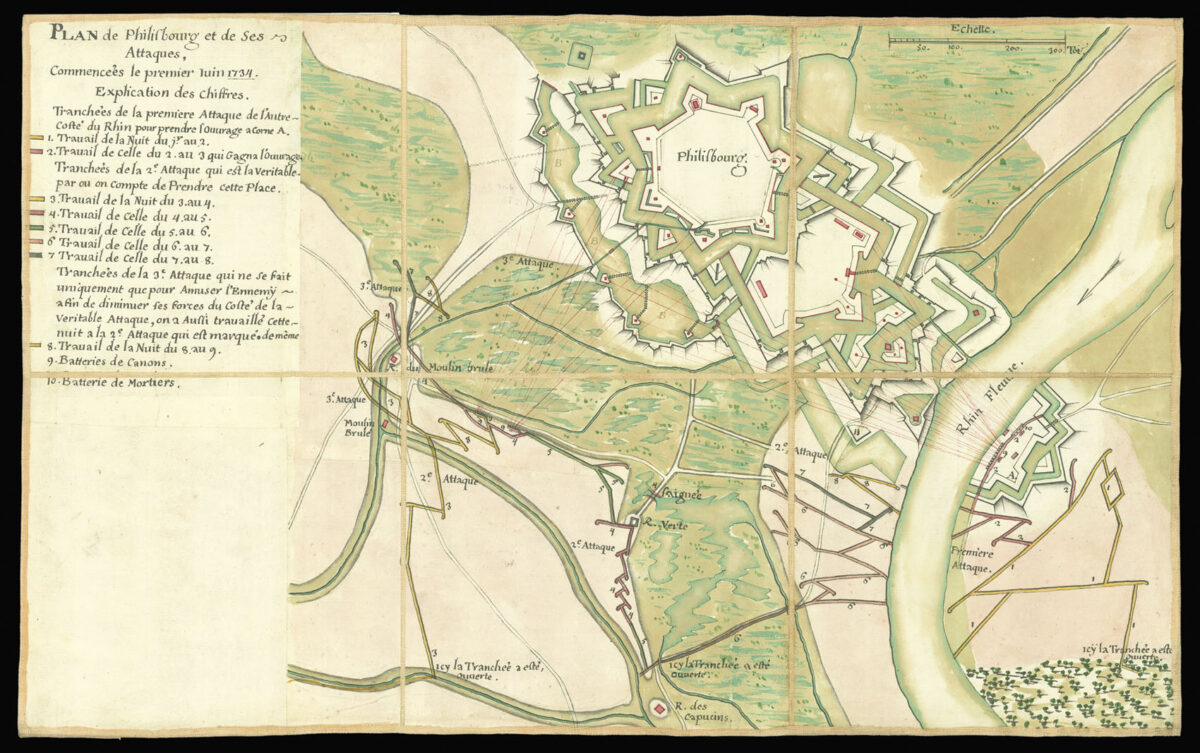 Plan of the Siege of Philippsburg, detailing the French trench work between 1st and 16th June 1734

Plan of the Siege of Philippsburg, detailing the French trench work between 1st and 16th June 1734. Each night’s trench work is colour coded and numbered, in a key to the lower left. The range and direction of the batteries are also shown.