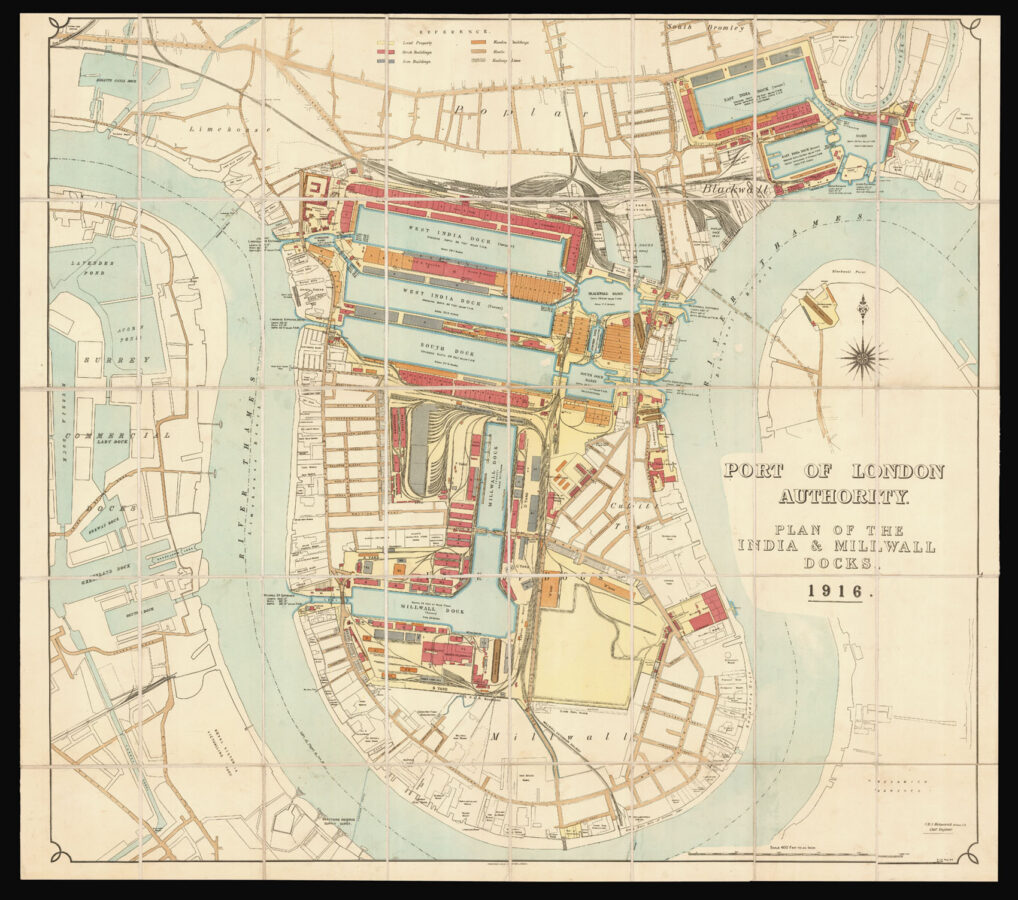 Plan of the India and Millwall Docks

The West and East India Docks were opened in 1802 and 1803 respectively, after lobbying by merchants and shipowners. The trade with the West and East Indies was seasonal, and it was imperative that cargoes were transferred quickly. Congestion in the Port of London meant that was not the case. They closed in 1980 and 1967.

Millwall Dock was built in 1868. The waste from the construction of the dock formed an area of wasteland known as Mudchute. At the time of this map, the southern area of the Isle of Dogs was still a transporter yard — it would later become Mudchute and Millwall Park.

The northern area of the docks around Canary Wharf has now been developed into a business district.