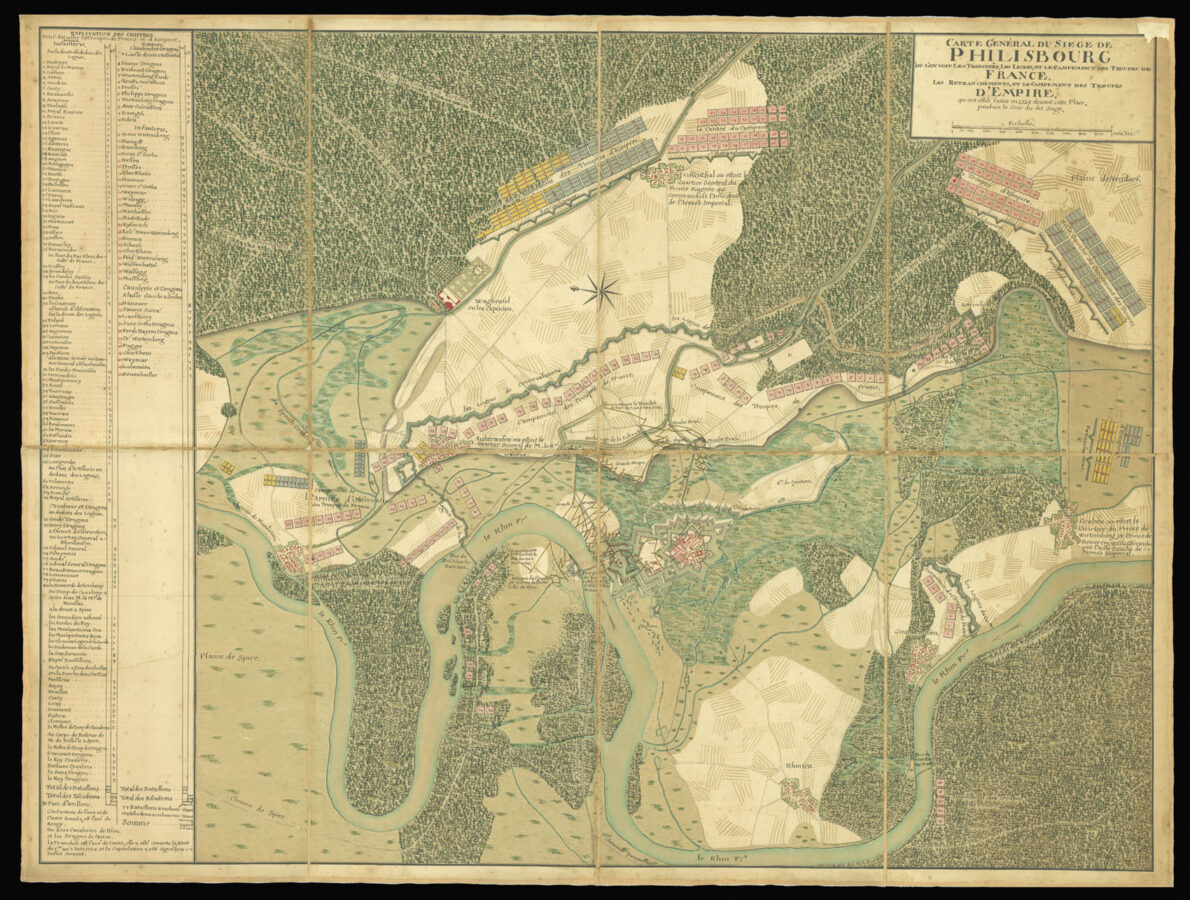 Plan of the French Siege of Philippsburg of 1734, during the War of Polish Succession

Plan of the French Siege of Philippsburg of 1734, during the War of Polish Succession.

A key to the left of the plan lists the full composition of the French army; with the infantry coloured red, the cavalry blue, and the dragoons red. The extensive network of trenches are marked with their date of excavation.

The Siege of Philippsburg was conducted by French forces against forces in the fortress of Philippsburg in the Rhine River valley during the War of the Polish Succession. The Duke of Berwick led 100,000 men up the Rhine Valley in opposition to Austrian forces, of which 60,000 were detached to invest the fortress at Philippsburg, beginning on 1 June 1734. A relief column of 35,000 under the aging Prince Eugene of Savoy (accompanied by Crown Prince Frederick of Prussia) was unsuccessful in actually relieving the siege. On 12 June Berwick was killed by a cannonball while inspecting the trenches, and command of the besiegers fell to Marshals d’Asfeld and Noailles. The fortress surrendered one month later, and the garrison withdrew to the fortress of Mainz with the honours of war.
D’Asfeld was promoted to Marshal of France for his role in the campaign; Wuttgenau was promoted to lieutenant general for his spirited defense of the fortress.