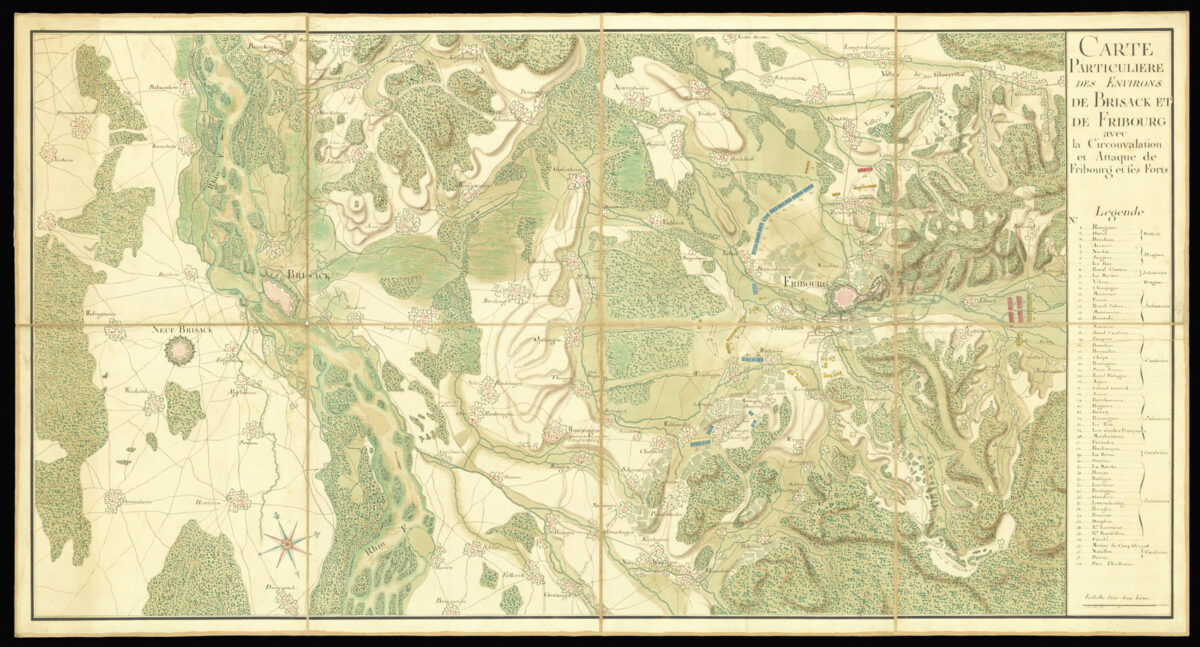 Plan of the French Siege of Freiburg in 1744 during the War of Austrian Succession.

In the autumn of 1744, as allies of Frederick the Great of Prussia, the French took Freiburg. Louis XV himself observed how the siege of the city was progressing from the vantage point of the Lorettoberg (Loretto Hill) and was almost hit by a stray cannonball fired by the forces defending the city. One year later Freiburg was returned to the Habsburgs, in the Treaty of Dresden.

The plan, which extends as far as Brisack in the east, gives a detailed overview of the position of the French besieging army. A key to the right of the plan lists the composition of the French forces; with hussards (green and yellow); cavalry (blue); dragoons (red); and infantry (yellow).