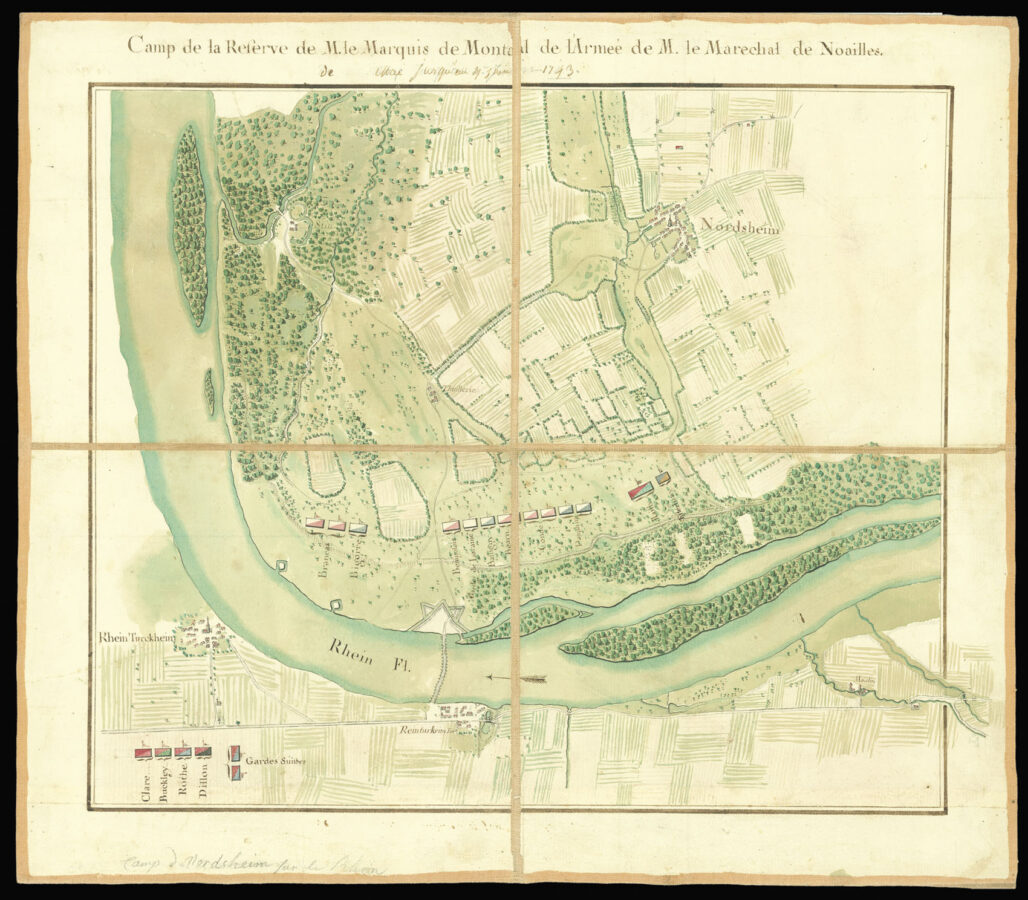 Plan of the French camp near Turckheim on the Rhine

Plan of the French camp near Turckheim on the Rhine, 4th June 1743, during the War of Austrian Succesion.

The plan shows the French army just a few weeks before their defeat by the British at the Battle of Dettingen. A key to the lower left gives details upon the composition of the French army.