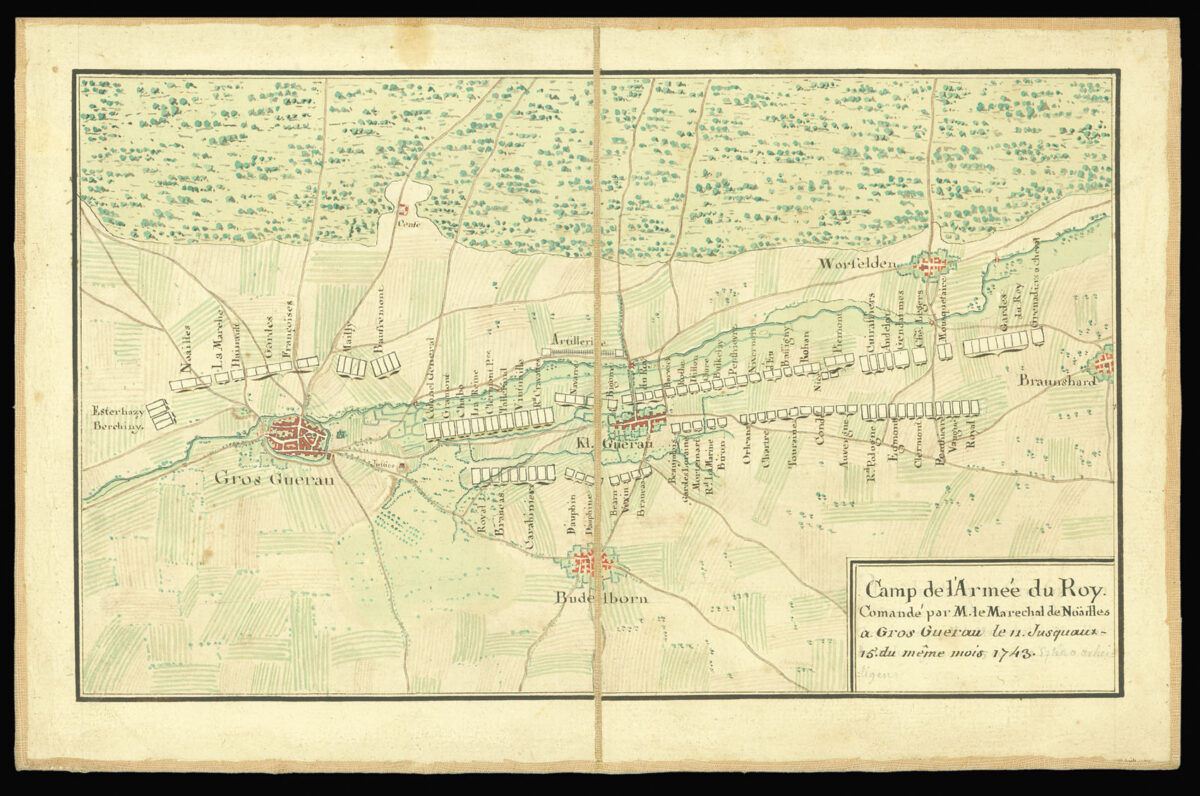 Plan of the French army camp near Gross Gerau in the year 1743.

The French army under the command of Marechal Noallies was campaigning in the Rhineland, as part of the War of Austrian Succession.

Each regiment of the army is marked and named.