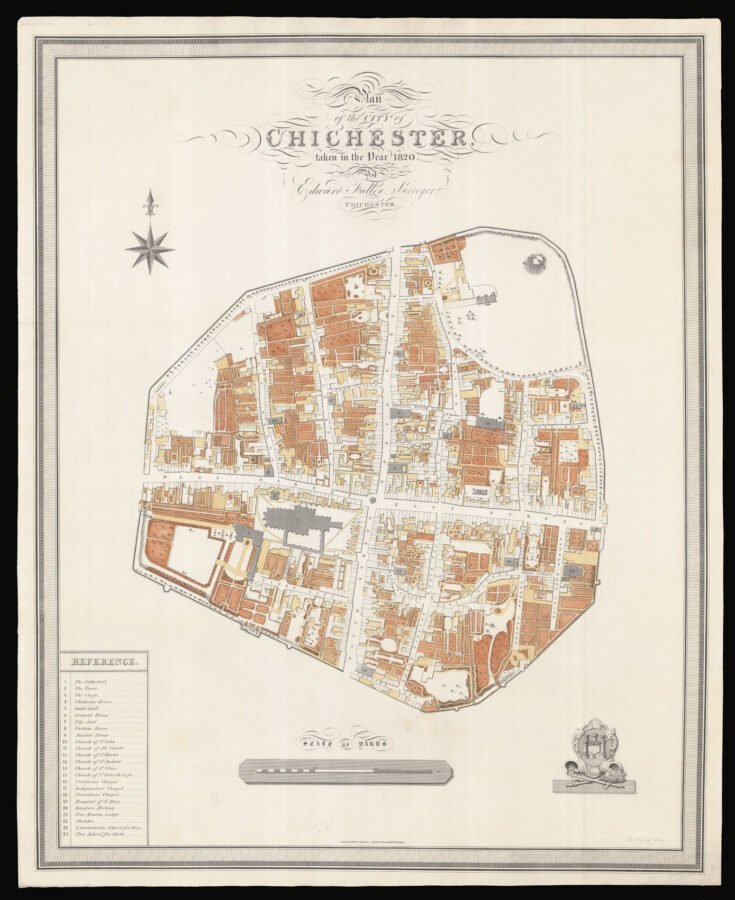 Plan of the City of Chichester

Plan of the City of Chichester, Taken in the Year 1820 By Edward Fuller Surveyor, Chichester.

A plan of Chichester. Houses are coloured in yellow, open land in brown, and notable buildings in grey. There is a numbered key to the notable buildings at the lower left. The town is dominated by Chichester Cathedral, built in 1189, but also shows the newly built Market House (9), constructed after the existing marketplace, underneath the medieval covered market cross (3), became too small. The ​“Lancastrian School” later became Chichester High School for Boys.

The map was based on a survey by Edward Fuller, a surveyor based in Chichester.