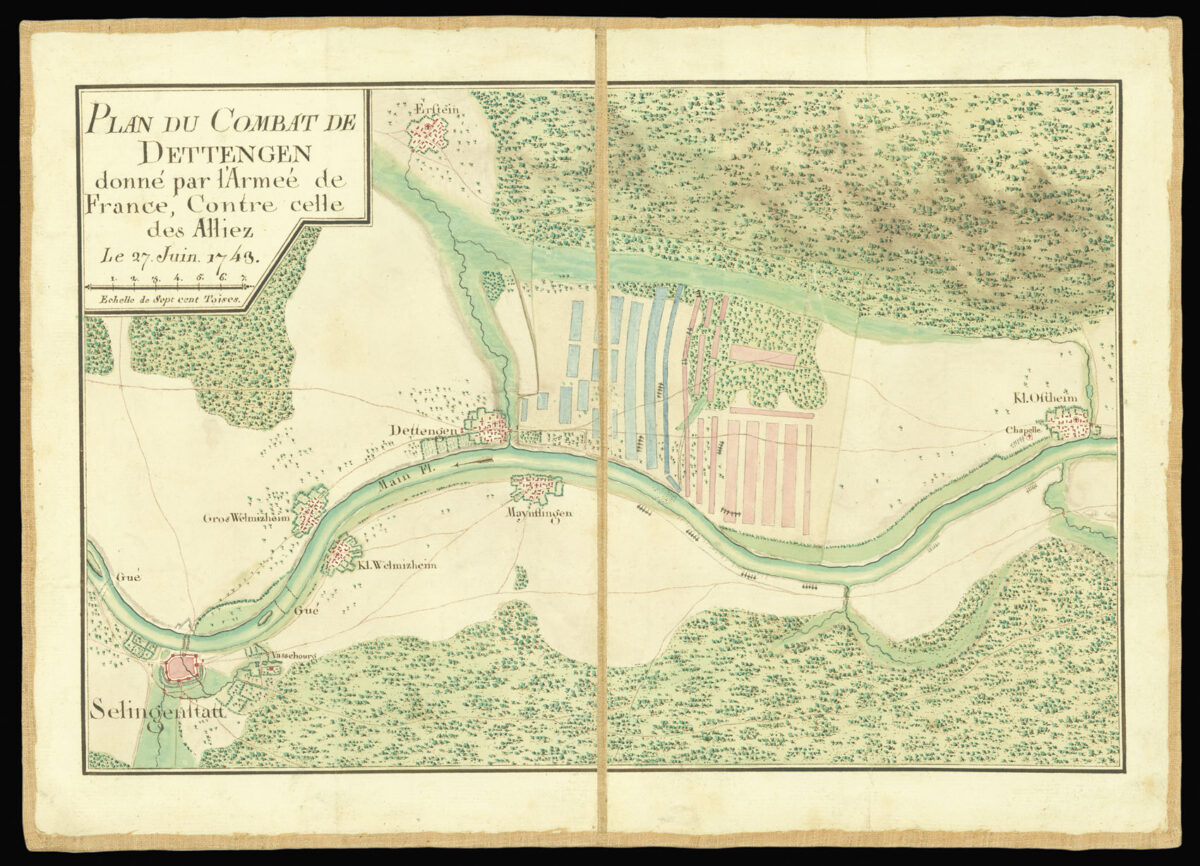 Plan of the Battle of Dentingen

Plan of the Battle of Dentingen.

The Battle of Dettingen (German: Schlacht bei Dettingen) took place on 27 June[Note 2] 1743 at Dettingen on the River Main, Germany, during the War of the Austrian Succession. The British forces, in alliance with those of Hannover and Hesse, defeated a French army under the duc de Noailles. It was the last time that a British monarch (in this case George II) personally led his troops into battle.

The battle straddled the river about 18 miles east of Frankfurt, with guns on the Hessian bank but most of the combat on the flat Bavarian bank. The village of Dettingen is today the town of Karlstein am Main, in the extreme northwest of the large state of Bavaria, fully 200 miles from the capital, Munich.