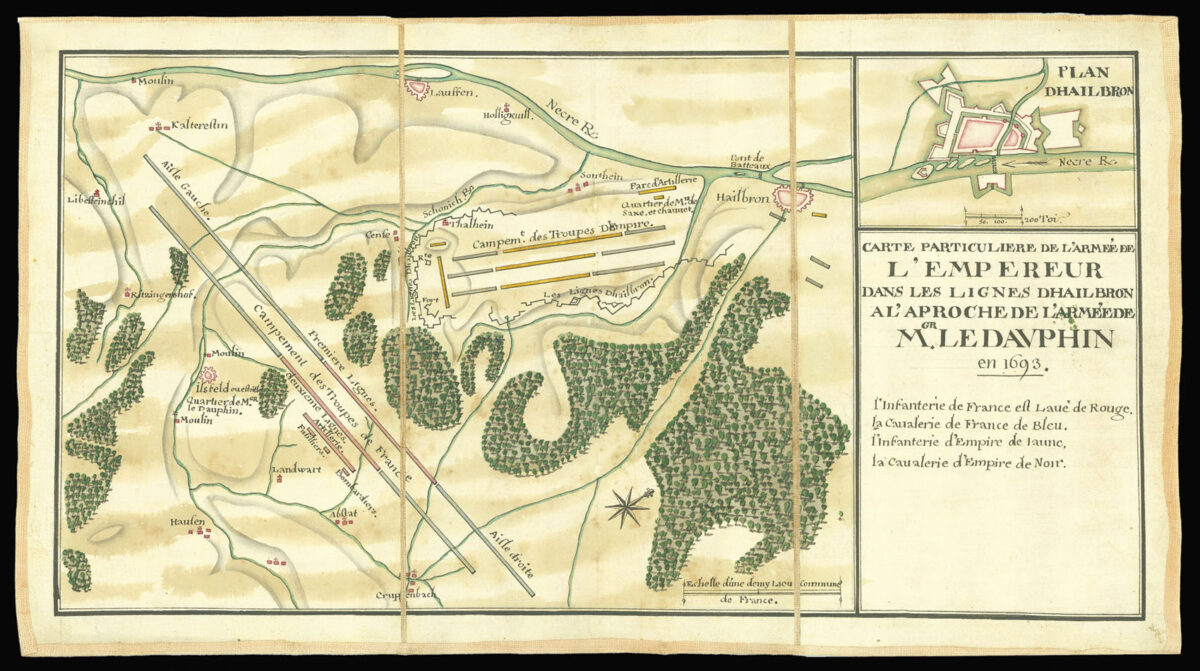 Plan of the Austrian and French armies near Heilbronn in 1693

Plan of the Austrian and French armies near Heilbronn in 1693, during the Nine Years War. A key below the title contains information on the composition of the French and Austrian Armies. The town was occupied by the French in 1688, and although the occupation only lasted seven months it was not until 1693 that the French were persuaded to leave the surronding countryside, when a large defensive army had been put into the field and fortifications erected.