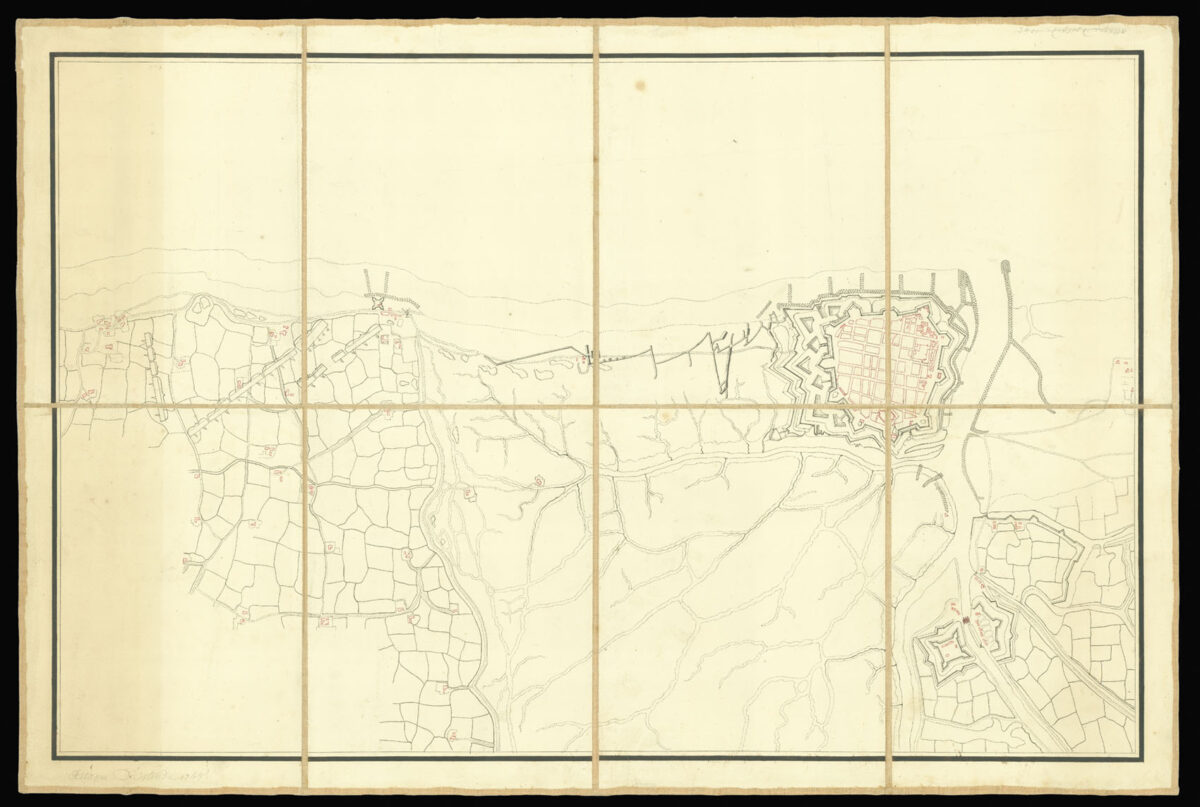 Plan of the attack of Ostend by the French in 1745

Plan of the attack of Ostend by the French in 1745.

Follwing victory at the Batlle of Fontenoy, in 1745, the French captured the strategically important ports of Ostend and Nieuwpoort, which threatened Britain’s links to the Low Countries.

Upon the plan the French army can be seen to the south west of Ostend with their trench and battery positions clearly marked.