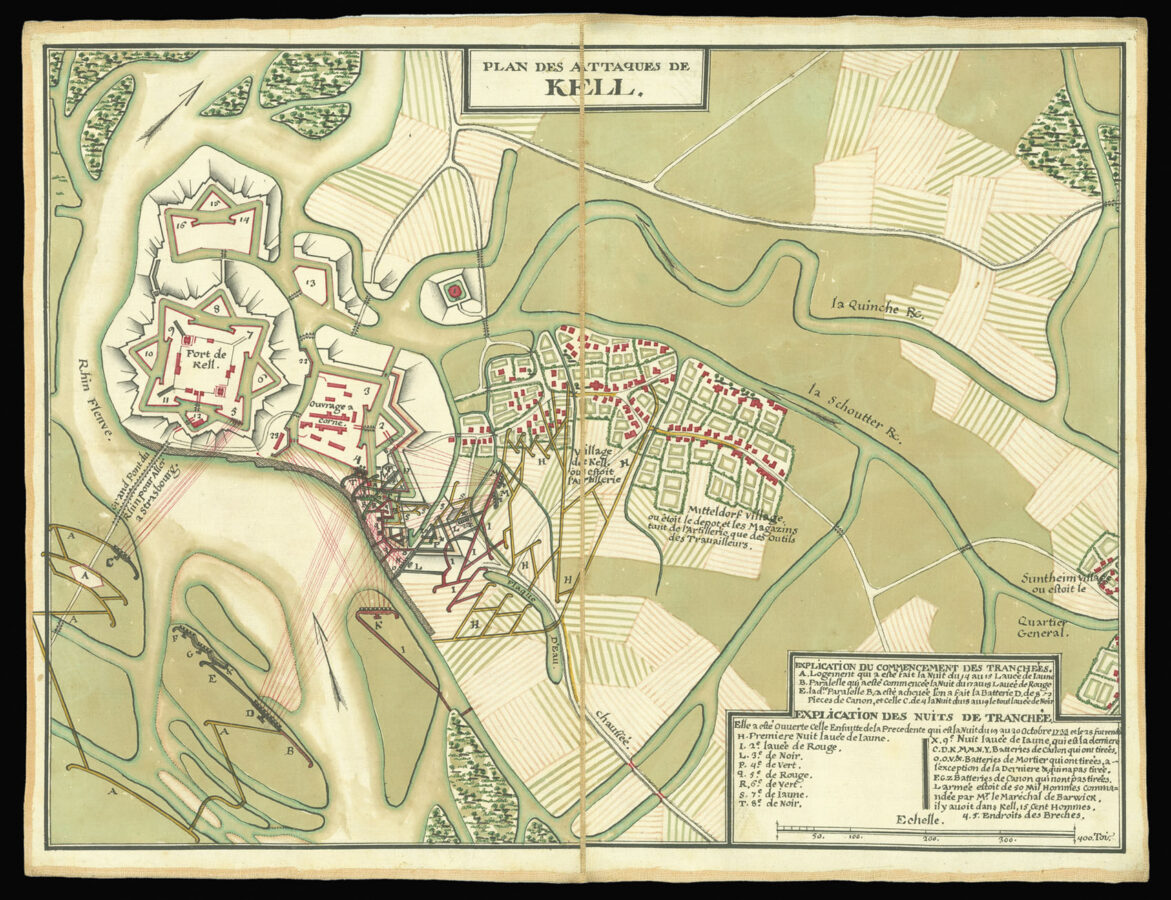 The plan shows the forts defences, the extensive trench works together with the position and range of the French batteries. The trenches are colour coded according to the night of their excavation.