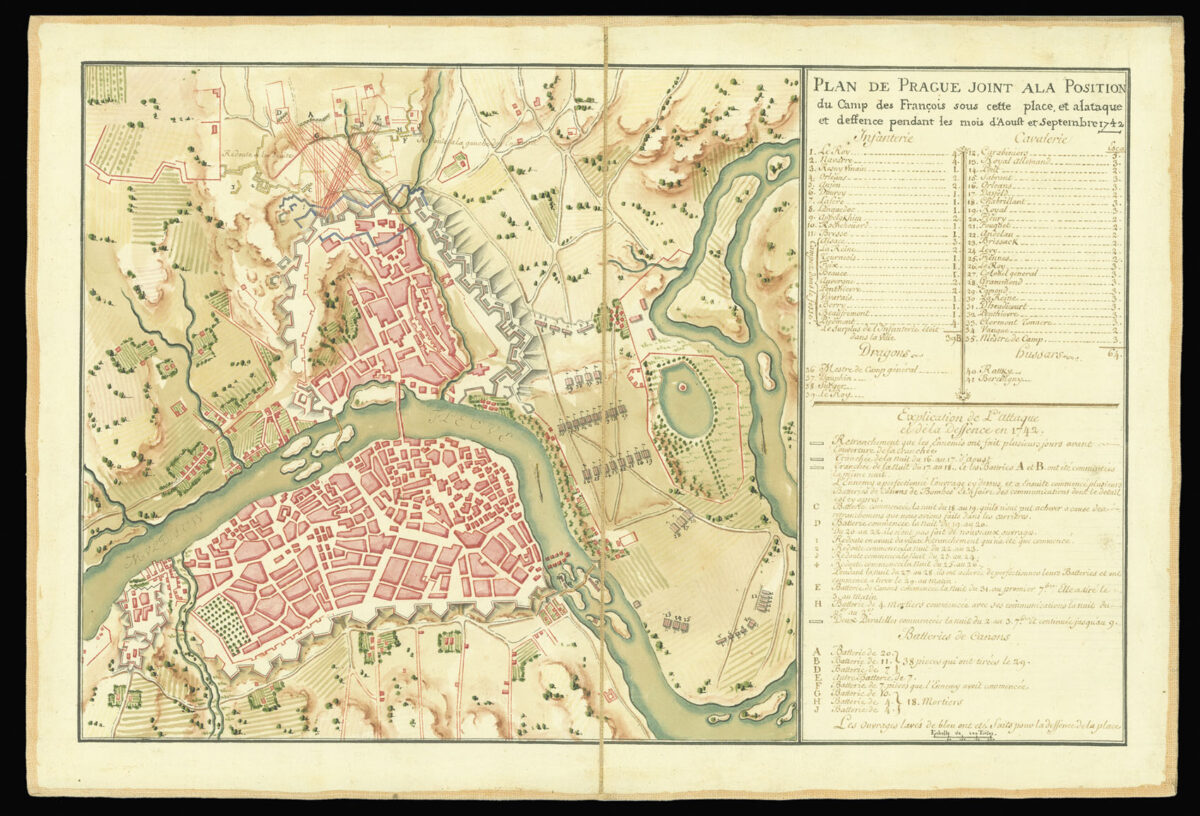 Plan of the attack and defence of Prague, during the French occupation of 1742

Plan of the attack and defence of Prague, during the French occupation of 1742. The French had occupied the city as part of the Bavarian and Bohemian campaign, during the War of Austrian Succession. A key to the left right margins gives details upon the dates of construction of the redoubts and batteries; and the composition of the French army. Trenches are marked in yellow; with the direction and range of the artillery in red.