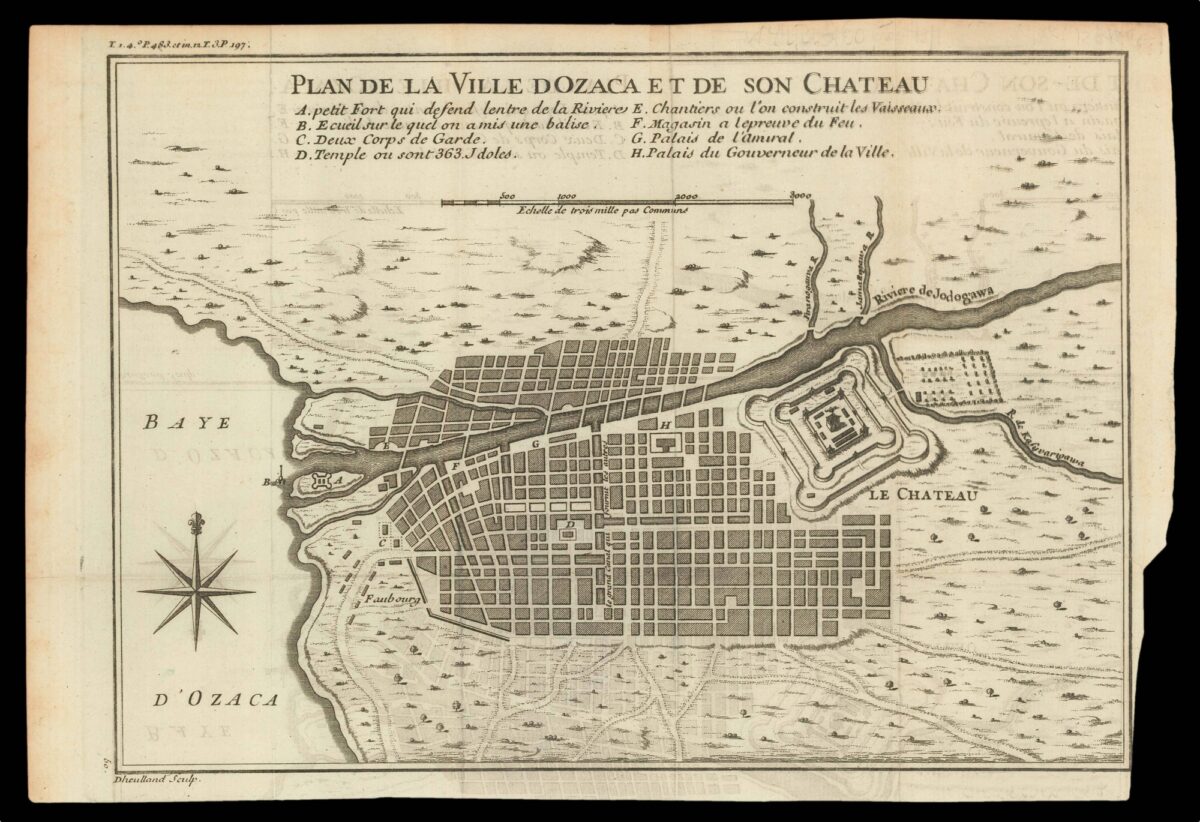 A plan of Osaka from the second edition of ​‘Histoire du Japon’ by Pierre-François-Xavier de Charlevoix, published in 1754.