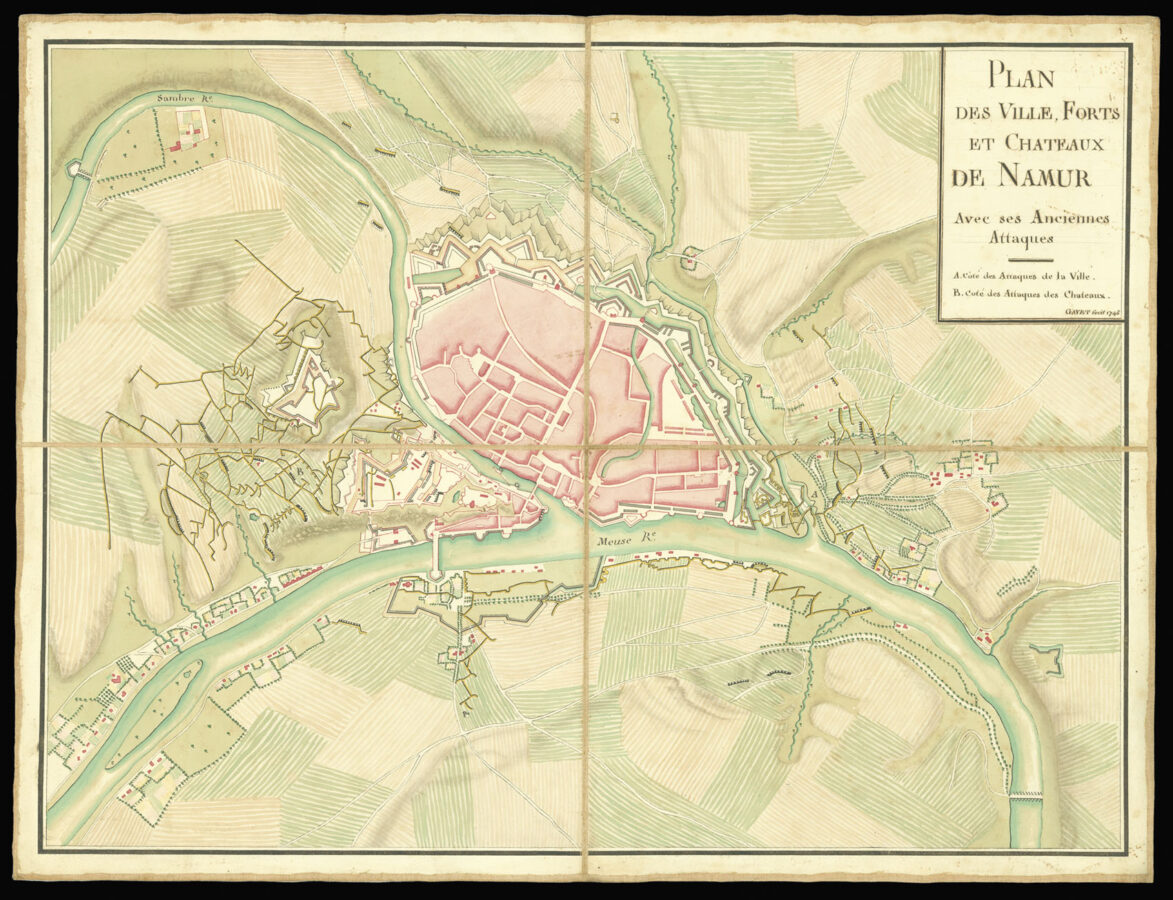 Plan of Namur showing the previous attacks upon the town

Plan of Namur showing the previous attacks upon the town.

Namur would be taken by the French in September and October of 1746, as part of the French campaigns in the Low Countries during the War of Austrian Succession. The present plan, made in the previous year gives an overview of the earlier attacks upon the town; most notably by Louis XIV’s army in 1692 during the Nine Years War. Both trenches and batteries are clearly marked with the attack on the town marked ​‘A’ and upon the castle ​‘B’.