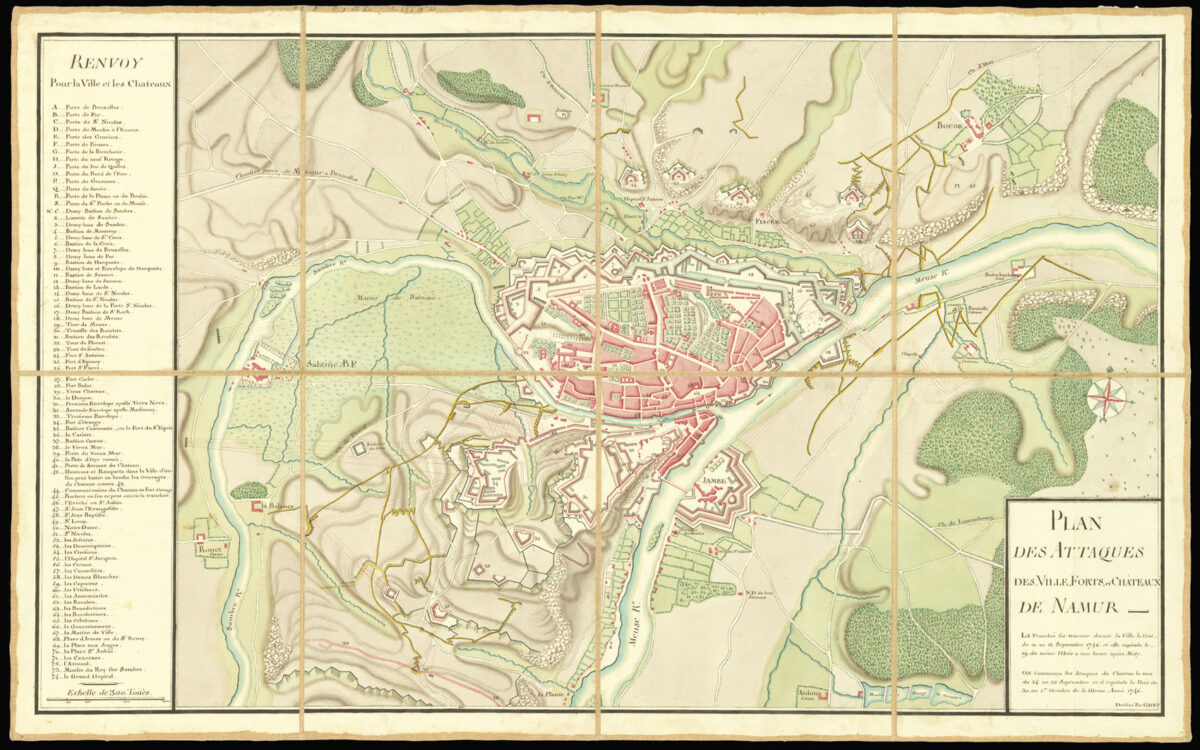 Plan of Namur showing the attack upon the town, in September of 1746

Plan of Namur showing the attack upon the town, in September of 1746.

Namur would be taken by the French in September and October of 1746, as part of the French campaigns in the Low Countries during the War of Austrian Succession. The present plan, gives an overview of the siege with offensive trenches and batteries clearly marked. Below the title are remarks concerning the commencement of offensive action and the towns final capitulation. To the left is n extensive key listing 74 of Namur’s most prominent landmarks.

He was buried at the Chapelle de Saint Jean l’Évangeliste at the Église Saint-Sulpice, Paris.