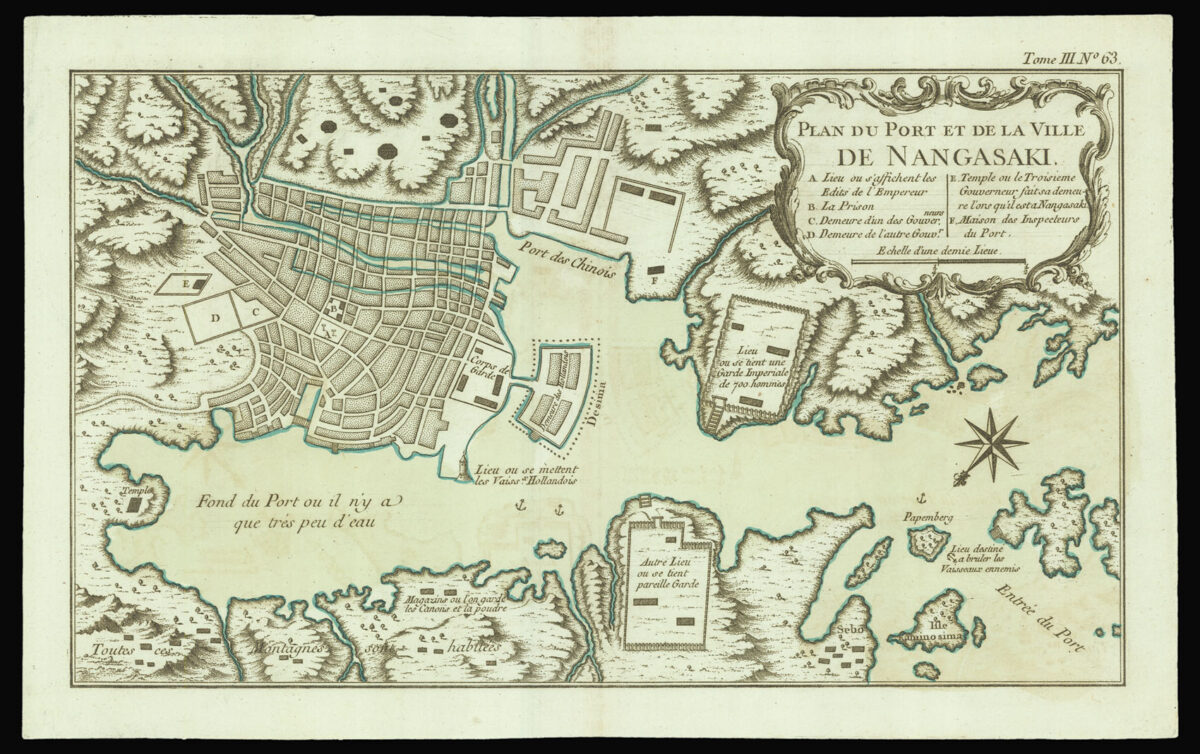 A plan of Nagasaki from Jacques Nicolas Bellin’s ​‘Petit Atlas Maritime’. Bellin published ​‘Le Petit Atlas’ to provide a smaller version of his larger works. This plan was first created for the ​‘Histoire Generale des Voyages’, by the Abbé Prévost.