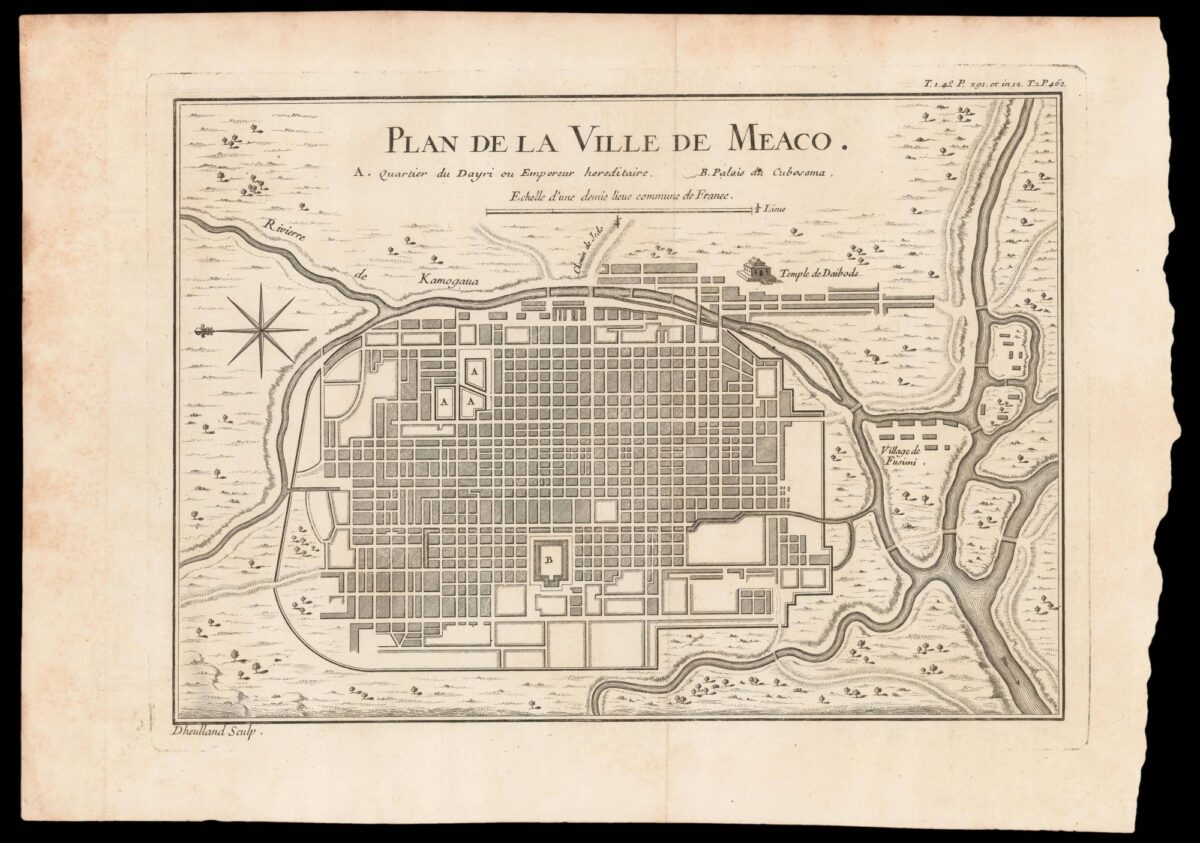 Plan of Kyoto from the first edition of ​‘Histoire du Japon’

A plan of Kyoto (Meaco) from the first edition of ​‘Histoire du Japon’ by Pierre-François-Xavier de Charlevoix.